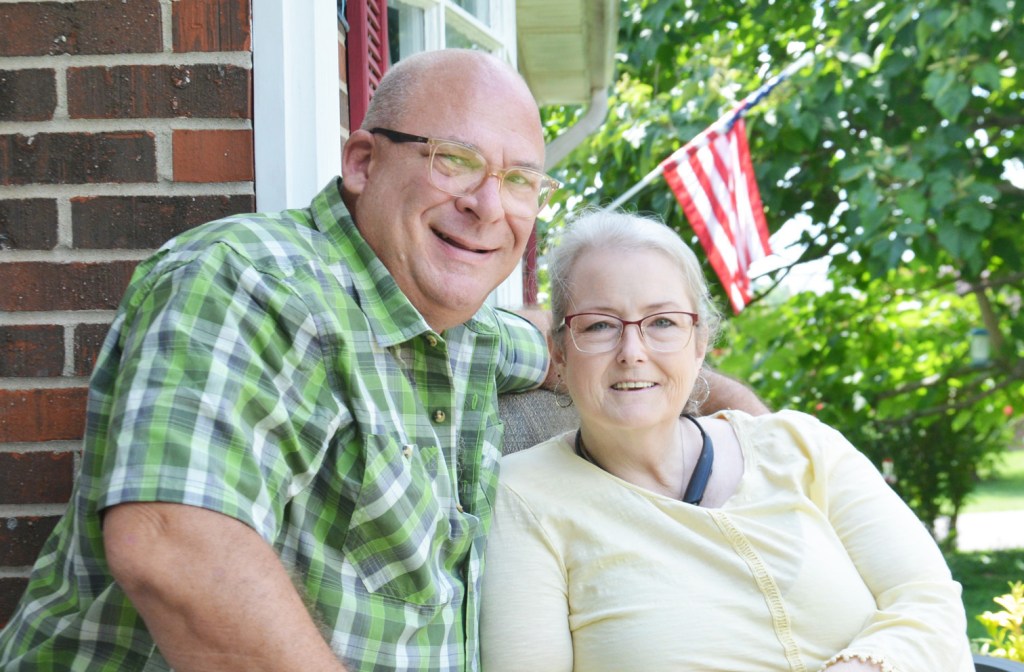 Ken and Elva Pflug are recovering from COVID-19 at their home in Danville. Elva spent 13 days in the hosptial fighting to breathe. (Photo by Robin Hart)

By ROBIN HART and ZAC OAKES

After 13 days in isolation at Ephraim McDowell Regional Medical Center, Elva Pflug was released last week to go home to continue recovering from her battle with COVID-19.

Elva and her husband, Ken, who is the former Danville Fire Chief, both initially started feeling symptoms of the virus on July 21, and from there, their symptoms progressed rapidly.

What started with a runny nose and a headache for Elva turned into a consistent cough by the end of the day.

Ken’s main symptoms were extreme fatigue and aches, causing him to sleep between 18-20 hours per day, he said.

Elva said she has autoimmune disorders and her symptoms were enough to warrant a visit to her doctor the next day, where she tested positive for COVID-19 and was prescribed medication to try to lessen the symptoms.

As she dealt with the virus while isolated at home, she began to face difficulty breathing and was using inhalers while her doctor continued to check her daily to see how she was feeling. “Her autoimmune disorders compounded her issues. It made her more susceptible to everything. Which was also why she was worse than me, and I was terrible,” Ken said. “My head was in such a fog.”

Another noticeable symptom was the way food tasted. “Everything tasted horrible, like metal,” Elva said.

On Friday, July 31, Elva said, “During the night, something happened. My coughing got really bad, I was coughing really hard. And, oh my god, I got so hot.”

Ken said she was so hot, she laid down on the bathroom floor to cool off.”

The next morning, 11 days after experiencing the first symptoms, Elva’s doctor told her to go to the emergency room.

Because of strict pandemic precautions and restrictions, and since Ken had the virus too, he wasn’t allowed to go into the hospital with his wife.

“I just dropped her off at the hospital door and then that’s the last I saw of her in person for two weeks.”

“She went in, and I didn’t hear anything,” Ken said. 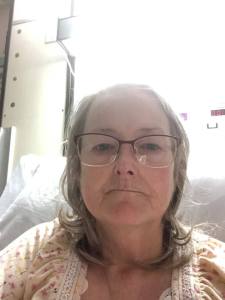 Elva said she arrived at the emergency department about 9 or 10 on Saturday morning, and didn’t get moved to a room until about 7 that night, which is when she called Ken and told him she was being admitted.

Elva said she was experiencing severe hot and cold sweats and had difficulty breathing. “I was admitted that day with pneumonia in all four lung lobes.”

Elva said the hospital team worked to improve her breathing, placing her on oxygen and taking various other steps in hopes of avoiding going to more drastic measures.

“I was put on oxygen and told that we needed to try to avoid having to be put on a ventilator,” she said.

Her doctors used a machine called AIRVO 2, a humidifier that can provide respiratory gases to patients with difficulty breathing, as well as a BIPAP, which stands for Bilevel Positive Airway Pressure. The BIPAP is commonly used for patients with chronic respiratory disease such as COPD.

Doctors alternated between the two, using the AIRVO 2 for two hours and then the BIPAP for four hours throughout the day and night to help Elva breathe.

“I was able to be weaned off of it after 10 days,” Elva said. “I was released to go home with home health care after 13 days.”

“Being isolated in the hospital is terrible,”she said. “Being isolated like that opens the door for the potential to not be cared for quite as good as you should.”

She also said that hospital staff in the COVID unit were overworked, and she suffered from other conditions such as dehydration while hospitalized.

“The staff is overworked in the COVID unit,” she said. “They would get so busy that they couldn’t do things like change out wet/bloody sheets. I was so dehydrated that my veins kept blowing and they had to put a midline in for my IV and drawing blood.”

Elva said that was just one of several issues she faced in the hospital while attempting to recover from the virus. As she was released late last week, Elva said she knows that she still has a long way to go in her recovery.

While the couple is quarantined in their home for 10 more days, Elva is giving herself blood thinning injections in her stomach twice a day. And the couple is still very weak and tired. 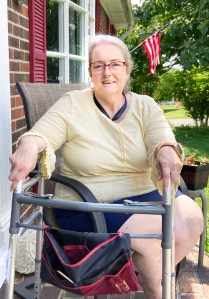 Elva Pflug sits on her front porch as she talks about recovering from COVID-19. The virus not only affected her breathing, but also make her so weak that she needs a walker to go from room to room of her home. (Photo by Robin Hart)

Elva is so weak that it still takes her quite a while to get in and out of a chair and she has to depend on a walker to shuffle to and from the bathroom.

“We don’t have much strength, but we’re working on getting it back,” Ken said.

“I can’t even think about mowing or trimming the grass,” he said.

But his 14-year-old son Gavin, could soon be taking over that chore, he said. Luckily Gavin didn’t contract the virus and is self isolating, for the most part, in the basement where he likes to play video games, Ken said.

When their quarantine is over, they will be receiving physical therapy at home to hasten getting back to normal.

“I will need home health care and still a lot of recovery, but God has brought me through this without the ventilator,” Elva posted on her Facebook page.

For those who have not had personal experience with the virus, she said the best advice she can give is to keep faith and realize that the virus affects each person differently.

“Keep the faith,”  Elva said. “It affects each person differently and it is curable but takes time.”

Her other advice for anyone who may be caring for someone with COVID-19 is to be patient and let the person rest, but always monitor their breathing.

“Know that they will hurt,” she said. “The muscle weakness and pain is significant and takes a long time to recover.”

Elva added that she strongly believes in the power of prayer, especially when it comes to her own experience.

“Thank you everyone for all the prayers,thoughts, and concern,” she posted on her Facebook page. “Prayer is a mighty powerful thing!”

Elva said, “Don’t take this lightly. It’s very serious.” She added that her friend in Texas died of the virus and her cousin’s co-worker died from it too, just this past Friday.

Ken repeated her warning, “Don’t take this lightly. It can be a mild thing, or it can be deadly.”