Point: Our Presidential Elections Are Broken; Here’s the Cure

Saul Anuzis is a former Republican chair in Michigan. He wrote this for InsideSources.com.

Our current method of electing the president of the United States is badly broken and in need of reform. The system disenfranchises millions, encourages candidates to bypass all but a handful of battleground states, drags down voter turnout, and erodes confidence in our democracy and our government. Five times in our history, and twice over the last 20 years, candidates have won the national popular vote but lost the White House in the Electoral College.

It’s time to ensure that the Electoral College will always reflect the will of a majority of American voters. Accordingly, Democrats and Republicans should use their national conventions and party platforms to support the National Popular Vote Interstate Compact, and make every presidential voter in every state politically relevant, beginning in 2024.

There is nothing partisan or complicated about it. States that combine for at least 270 electoral votes — enough to elect a president — simply agree to award those votes in a package to the candidate who garners the most popular votes across all 50 states and the District of Columbia. Thus far, legislative bodies in 15 states and the District — combining for 196 electoral votes — have voted to join the compact. So we are just 74 electoral votes away from this constitutional, common sense, good government solution to what ails presidential campaigns and elections.

Regardless of your politics, can we agree that government works best when Americans of all persuasions pay attention, participate and vote?

In those states, candidates show up, spend money, and pay close attention to local and regional concerns. (Think dairy prices in Wisconsin, coal in Pennsylvania, and pharmaceutical prices for seniors in Florida.) Voters in the other 40 or so “fly-over” states that can be reliably counted on to vote red or vote blue are relegated to spectator status.

Why would anybody want to keep a system that ignores tens of millions of voters because they don’t live in a battleground swing state?

In the 48 “winner-take-all” states, all of the electoral votes are awarded to the candidate who wins the majority of individual votes in that state. So, for example, if you’re a Republican in Massachusetts or Vermont, your vote for president is meaningless because your state is reliably blue and ALL of its electoral votes can be counted on to go to the Democratic candidate. You might as well stay home. Same for Democrats who vote for president in reliably red states like the Dakotas, Kansas and West Virginia. Under the current system, you might just as well skip it. No wonder voter turnout in U.S. presidential elections rarely cracks the 55 percent mark.

Now imagine the alternative under a national popular vote. Presidential candidates crisscrossing all 50 states in 2024. The Republican ticket barnstorming liberal New England. Democrats rallying in places like the Dakotas, Mississippi and Kansas. No more battleground states. Every vote counts toward the outcome. And the winner of the national popular vote is guaranteed to be awarded 270 electoral votes and the presidency.

This month’s political conventions would serve Americans and our democracy well by getting behind that kind of real, and long overdue, reform.

Saul Anuzis is a former Republican chair in Michigan. He wrote this for InsideSources.com.

Counterpoint: The Electoral College Ensures That Every Voice Is Heard 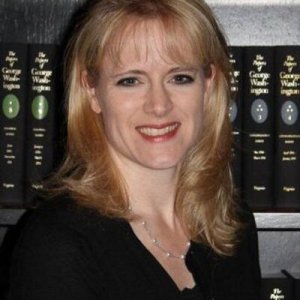 “The great enemy of truth,” John F. Kennedy once said, “is very often not the lie — deliberate, contrived and dishonest — but the myth — persistent, persuasive, and unrealistic.”

Such myths threaten to tear down a constitutional institution that Kennedy once vigorously defended before Congress. Our 35th president was a supporter of the Electoral College, and he surely would have hated the constant drip of misinformation about the system.

These misperceptions threaten the very existence of America’s unique presidential election process. Yet none are true.

Perhaps the most pervasive of these myths is that “only swing states matter” because of the Electoral College. But are safe states really so unimportant in American presidential elections? Are some voters ignored?

Interestingly, Electoral College opponents speak out of both sides of their mouth on this issue, but no one seems to notice.

If Texas “doesn’t matter” because it is a safe red state, then why are so many Republicans worried that the state will soon turn purple — and why are so many Democrats celebrating that very possibility? Texas and its 38 electors matter very much. The Republican Party does not want to run a campaign if Texas is in doubt. The GOP takes Texas for granted at its own peril.

Democrats feel the same way about California and New York.

Indeed, history is replete with stories of allegedly “safe” states changing sides and making a difference. States’ allegiances are like a pendulum, swinging slowly back and forth, depending on current events and the political parties’ responses to them.

Political parties that fail to pay attention will feel the ramifications at the polls.

And who can forget the election of 2000? Much is made of Florida and the outcome of its vote that year, but George W. Bush would have lost the election if he had not flipped the safe little blue state of West Virginia. Democrats had long been taking the state for granted, and West Virginia had finally had enough.

The state went from safe blue to safe red, all in one election cycle.

The examples don’t stop there. In 2016, the tiny safe red state of Utah threatened to go rogue. Voters didn’t like Donald Trump, but they didn’t like Hillary Clinton, either. It was thought that Utah might vote third party.

Electoral College opponents contend that safe red states like Utah “don’t matter,” but the Republican Party in 2016 knew better. It dispatched vice-presidential candidate Mike Pence to the state in the closing days of the campaign. Pence helped bring Utah back into the fold. Meanwhile, Hillary Clinton did the opposite. She took several blue wall states for granted, but she likely would have won the White House if she’d spent more time in places like Wisconsin and Pennsylvania.

The truth is that no presidential candidate can get to 270 electors without some combination of safe and swing states. The math simply doesn’t work otherwise. Every voter in every state matters. No state can safely be taken for granted.

Without the Electoral College, these dynamics completely change.

In a national popular vote system, victory goes to the candidate who can get the most individual votes. Naturally, the states and cities with the most individuals can expect to benefit. After all, candidates have limited time and resources, and they will need to gauge where to most efficiently spend them.

Such a decision is simply pragmatic. Candidates will be looking for the easiest way to rack up votes without overextending resources.

In this world, why would the Republican Party care if a few voters in Utah are feeling doubtful? The GOP gets more bang for its buck if it focuses on the big friendly state of Texas. Perhaps Republicans would promise oil interests everything they want, racking up votes by the millions. Meanwhile, Democrats would flock to California, catering to environmental interests there.

Electoral College opponents dismiss the possibility that these types of campaigns can win national elections, but history proves them wrong. Consider that in 1888, Grover Cleveland won the national popular vote with the overwhelming support of six southern states. He couldn’t gain traction elsewhere, and he lost the electoral vote.

Because of the Electoral College, Cleveland did not win the presidency that year. Such an outcome was appropriate. Americans deserved a United States President, not a Southern States President.

The Electoral College offers the best path forward for a country as big and diverse as America. The system forces presidential candidates to build a support base that is national in character. An overfocus on one region or one special interest group will fail. Instead, solutions must be proposed that appeal to as many states’ interests as possible, as a variety of states will be needed to win the White House.