Point: Abolish Teaching History … Until We Get It Right 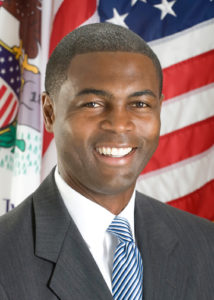 La Shawn K. Ford is a state representative for Illinois’ 8th District. He wrote this for InsideSources.com.

We should stop teaching history in our schools. The way history is now being taught leads to a racist society, perpetuates white privilege, and overlooks the contributions of women and minorities. I ask school districts to immediately remove history curricula, books and materials that unfairly communicate history until suitable alternatives are developed.

Enslaved people built our young nation and made possible an economy that would throw off the control of the most powerful country then on earth, Great Britain. But, oh at what a price.

According to Bennett Minton in The Washington Post, some schools across the country intend to teach slavery by way of “The 1619 Project,” the essays published in the New York Times last year that won the Pulitzer Prize. Sen. Tom Cotton, R-Arkansas, is so against its version of history that he has introduced a bill barring the use of federal funds to teach it. “As the Founding Fathers said,” Cotton told an interviewer in defending his stance, slavery “was the necessary evil upon which the union was built.”

This action is not an effort to erase history. But, the dominant majority culture has to realize the effect that the current telling of history has on a people, especially Black people. Important parts of our history have not been told or taught because it hasn’t been believed it actually happened.

Until they saw it on their TV screens, the dominant White culture didn’t believe that Blacks could be treated like John Lewis was treated, getting knocked unconscious with a cracked skull just because he was nonviolently protesting for the simple right to vote. Many did not believe that so many Blacks are victimized by police until they saw the last 8 minutes and 46 seconds of George Floyd’s life under the knee of a policeman, recorded on video.

In Isabel Wilkerson’s recently released and highly recommended new book “Caste: The Origins of Our Discontents,” she describes a caste system as an artificial construction that sets the presumed supremacy of one group against the presumed inferiority of other groups. Regarding Black people in America, Wilkerson states, “This caste system would trigger the deadliest war on U.S. soil, lead to the ritual killings of thousands of subordinate-caste people in lynchings, and become the source of inequalities that becloud and destabilize the country to this day.”

Regarding the teaching of this history, Wilkerson instructs further, “You don’t ball up in a corner with guilt or shame at these discoveries. You don’t, if you are wise, forbid any mention of them. In fact, you do the opposite. You educate yourself … then you …work to ensure that these things, whatever they are, don’t happen again.”

I taught social studies to sixth-, seventh- and eighth-graders in the Chicago Public Schools for six years. I have received many letters of support from history teachers supporting this move. I have heard from teachers who don’t have enough resources and have had to buy their own more appropriate instructional materials.

One Illinois eighth-grade social studies teacher wrote to me to say, “How can educators teach students an accurate history in which the contributions of Black and African-Americans, Latinx Americans, women, religious minorities, members of the LGBTQ+ community, and other historically marginalized groups are included when none of their training and education has prepared them to do so? If there is to be widespread change, there must be adequate funding, guidance, collaboration with both K-12 teachers and those in higher education to address gaps in educator preparation courses, and measures of accountability that not only include teachers but curriculum directors, instructional coaches, and administrators.”

Until a suitable alternative is developed, we should instead devote greater attention toward civics and ensuring students understand our democratic processes and how they can be involved. Students need education about voting, how a bill becomes a law, and how citizens can influence government that affects their daily lives.

I proudly fly the American flag on my house every day of the year because I love the flag and “the Republic for which it stands, one Nation under God, indivisible, with liberty and justice for all.” This is our own moment in history. Together, let’s create an open and fair way to teach and learn our history, if we want to achieve a more perfect union.

La Shawn K. Ford is a state representative for Illinois’ 8th District. He wrote this for InsideSources.com.

Counterpoint: The Hard but Hopeful Story of America 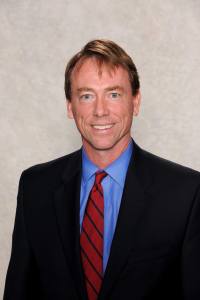 Jeffrey Sikkenga is executive director of the Ashbrook Center at Ashland University, Ashland, Ohio. He wrote this for InsideSources.com.

Slavery. Segregation. Racial discrimination. Should we teach our students about these terrible things? If so, what should we say?

Some people contend that these are part of America’s DNA, a product of the “white privilege” and “systemic racism” that must be highlighted in schools as defining characteristics of America. Until American history is taught this way, they say, we should cancel history classes.

This view, however well intentioned, neglects the full American story. We cannot negate or excuse the horror of slavery. As Abraham Lincoln said, “If slavery is not wrong, nothing is wrong.” While every country has ugly parts of its past, America has the special burden of race-based slavery, segregation and discrimination. This can be hard to hear, but it needs to be said.

Yet while American history is hard, it is also hopeful. At its core, the story of America is the struggle to live up to our founding principles proclaimed in the Declaration of Independence. That all human beings — regardless of color — “are created equal”; that they are all “endowed by their Creator with certain unalienable rights”; that they all deserve to have those rights protected equally by the law.

If American history were essentially the story of white privilege and systemic racism, no patriotic American would have opposed slavery or segregation.

But they did. Although he grew up in a slaveholding society and held slaves himself, George Washington realized during the Revolutionary War that slavery was wrong and eventually in his will freed his slaves after his death.

In his fight against slavery, Abraham Lincoln looked to the principles of our Founders like Washington. During the Civil War in 1863, Lincoln reminded his fellow Americans that “four score and seven years ago, our fathers brought forth on this continent, a new nation, conceived in Liberty and dedicated to the proposition that all men are created equal.”

That same year, the great Black abolitionist Frederick Douglass — himself born into slavery in Talbot County, Maryland — echoed Lincoln’s sentiments, declaring that “the Federal government was never, in its essence, anything but an anti-slavery government. … If in its origin slavery had any relation to the government, it was only as the scaffolding to the magnificent structure, to be removed as soon as the building was completed. There is in the Constitution no East, no West, no North, no South, no black, no white, no slave, no slaveholder; but all are citizens who are of American birth.” In fact, Douglass boldly proclaimed that “there is no Negro problem. The problem is whether the American people have loyalty enough, honor enough, patriotism enough, to live up to their own Constitution.”

Later reformers followed in that tradition. In 1963, Martin Luther King Jr. said that “when the architects of our republic wrote the magnificent words of the Constitution and the Declaration of Independence, they were signing a promissory note to which every American was to fall heir. This note was a promise that all men, yes, Black men as well as White men, would be guaranteed the unalienable rights of life, liberty and the pursuit of happiness.”

Rather than cancel history classes, we need to increase our teaching of history, and improve the content and quality of that teaching. Let students discover the truth about America for themselves. To accomplish this, schools need to turn away from textbooks, which are boring or biased — or both. Schools need to bring American history alive by going back to the primary sources themselves. If students read the words of Lincoln, Douglass and King (and those who opposed them), they can enter the world of those who lived the American story and understand the struggle for freedom.

If we cancel American history classes, students will never understand or learn from that story. If we teach young people that America’s past is fundamentally defined by white supremacy and systemic racism — if our history is, at its core, one of ugliness and oppression — they will never feel part of this country or be inspired by our struggle for freedom.

They will never know the hard but hopeful story of America.

Jeffrey Sikkenga is executive director of the Ashbrook Center at Ashland University, Ashland, Ohio. He wrote this for InsideSources.com.

K-9 units are public safety tool that must be…