Looking back; After the war 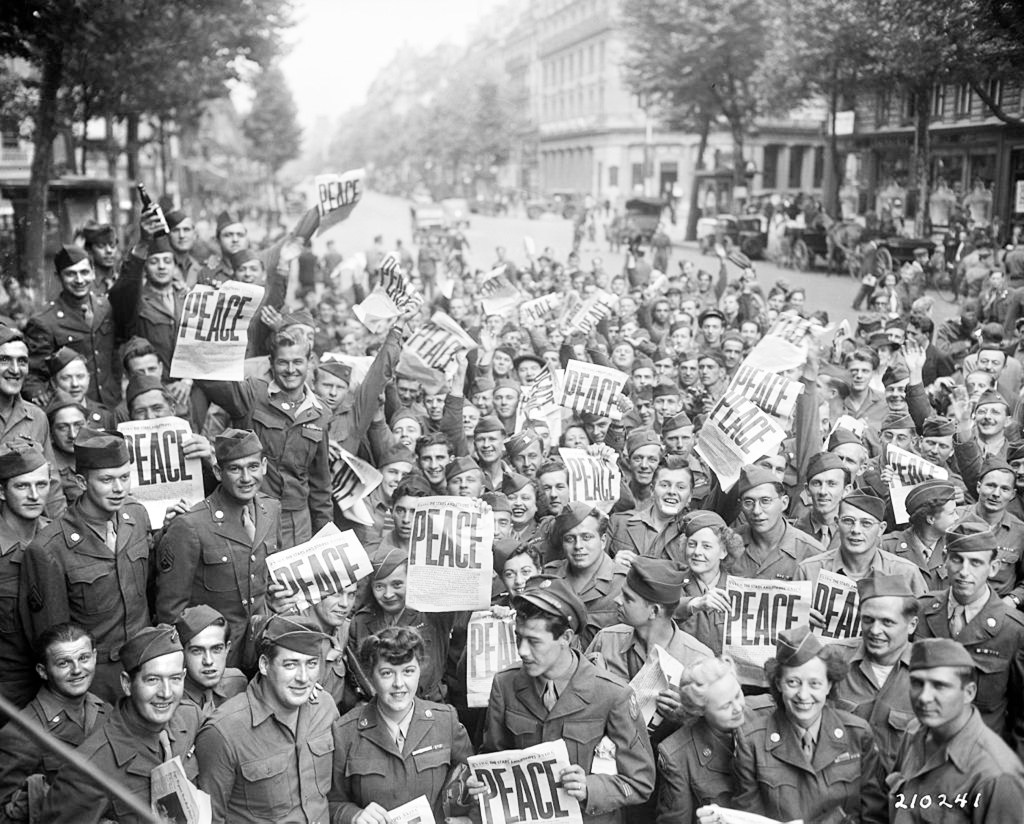 A columnist at The Advocate-Messenger wrote an article with amusing and interesting incidents after the announcement of the surrender of the Japanese to Allied nations in August 1945.

“Reactions to the news, for which so many had waited so long, were naturally varied.”

Some people cried and retired to quiet places to think the thing out, but more reacted with noisy enthusiasm and shied away from normalcy in getting over their “war jitters”. Many went overboard.

An unnamed advertising executive fell into Herrington Lake while on a fishing expedition. That was the only casualty reported here and it was not reported officially nor for publication.

The human “dunker” claims he did not know the war was over when he took his dip in the lake. His story is that his borrowed $500 worth of fishing tackle snagged on a half-rotted tree, pulling him with a yank out of the boat while fishing alone.

He saved himself, his valuable watch, and the boat. He climbed to a nearly dead tree at the risk of his life, unsnagged the fishing apparatus, climbed down and reentered the boat.

“He said he felt sheepish all over!”

“It may have been gratitude for the war’s end which made a breakfast customer at Begley’s fountain leave a quarter tip at the meal served behind locked doors and drawn shades that Wednesday morning,

The store could cater only to its regular patrons under the holiday close-up.

When the young man lifted an egg-and-sausage spotted soiled plate and spied the quarter, he screamed in surprise and disbelief. For at least two minutes, the waiter turned the coin over and over in his palm, pondering his luck.

“This never happened to me before,” he shouted to his co-workers.

During a local celebration a clean-looking, very normal appearing soldier walked down Main Street, approached two pretty girls, hugged them gently but firmly, and whispered clearly, “Aren’t they sweet!” Apparently, he was saying “thank you” for the end of the war, and he said it politely.

A red-haired sergeant on a 60-day leave, after coming home from a German prisoner of war camp, was escorting his date, who was soon joined by five of her “pretty, attractive contemporaries.

“Two sailors stopped the sergeant-gunner. They asked, ‘Buddy, how do you rate this?’, as they eyed his khaki uniform, and moved on quietly.

Housewives were caught with their supplies down and there was much weeping and wailing over the shortage of food.

A mother of three youngsters reported, “We have nothing in the house except baked potatoes.”

Stores closed almost immediately after the president’s announcement. One drug store stayed open later than the others. With a gesture, one might say, signifying complete Southern charm and hospitality, its owners and employees served all that was left in the store in the way of food and tall glasses of iced tea.

Only one housewife was heard to say she had foreseen “surrender day” and had stocked up.

She was in a position to share food with neighbors. The possession of a dozen and a half of eggs made her a “good neighbor”.

A seven-year-old asked an Advocate reporter: “Will they shoot those pretty star-firecrackers again when the next war is over?”

The Highway Patrol were inclined to believe the spirit of the day had its effect on a patrolman riding out Lancaster Road in his patrol car.

A local family was stranded eight miles from Danville and four miles from Lancaster after three tire blowouts on their vehicle.

The young patrolman came to a stop, offered his assistance in a manner which would have done credit to Sir Walter Raleigh, was thanked and moved on.

Shoppers free from part of the ration restrictions, were smiling as they said fill’er up” at gasoline stations.

Women were grinning broadly as they bought a can of this and that vegetable or fruit-unhampered by the blue-ration point problem.