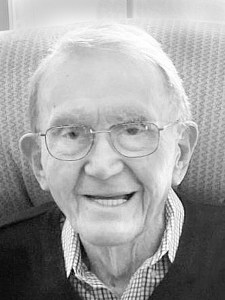 He attended high school at St. Paul Academy (SPA) and spent summers at White Bear Lake, Minnesota where he and his brother Keith were state sailing champions. He remained a member of the White Bear Yacht Club his entire life, golfing and sailing with his friends.

During WWII he served with the 65th division of the US 3rd Army. He saw action while fighting through France, Belgium, Germany, and Czechoslovakia and his battalion was involved in the liberation of many concentration camps while sweeping through southern Germany. He ended up in Linz, Austria on VE Day.

After WWII he received his undergraduate degree from Centre College, and was a member of Beta Theta Pi. This is when he met his loving wife, Barbara Armstrong Wold.

He went on to receive his medical degree from the University of Louisville, after which he practiced medicine in Danville for his entire career.

Dr. Wold was a Rotarian, a past member of the Boyle County Public Library board, and a member of Centenary United Methodist Church and the Danville Country Club. He is predeceased by his wife, Barbara Armstrong Wold; two sisters, Betty Wold Johnson and Mary Louise Strong; and a brother, Keith Clinton Wold.

A public visitation will be 11 am – 1 pm, Thursday September 10, 2020 at Stith Funeral Home in Danville. Memorial donations are suggested to the Boyle County Public Library. The online guestbook and Hugs from Home page is available at www.stithcares.com