Perryville one of several historic battlefields to receive portion of $2.88 million in preservation funds 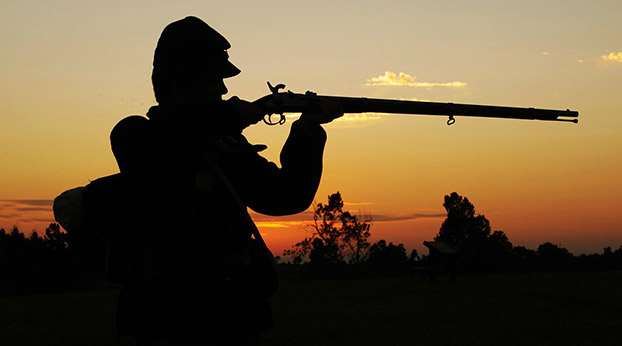 The Trump Administration has announced $2,887,423 in grants from the National Park Service American Battlefield Protection Program to protect 221 acres of Civil War battlefields and 13 acres of Revolutionary War battlefields.

“These battlefields are hallowed ground and irreplaceable reminders of the service and sacrifice of those who served in the American Revolution and Civil War,” said Margaret Everson, Counselor to the Secretary, exercising the delegated authority of the NPS Director. “These grants enable communities to preserve these significant sites through public-private partnerships that save taxpayer dollars.”

The Battlefield Land Acquisition Grant program, administered by the American Battlefield Protection Program, provides up to 50 percent in matching funds for state and local governments to acquire and preserve threatened Revolutionary War, War of 1812 and Civil War battlefield land through the purchase of land in fee simple and permanent, protective interests in land. Eligible battlefields are listed in the Civil War Sites Advisory Commission’s 1993 “Report on the Nation’s Civil War Battlefields” and the 2007 “Report to Congress on the Historic Preservation of Revolutionary War and War of 1812 Sites in the United States.”

Grants are being used for the following sites:

• New Jersey – Metuchen Meeting House Battlefield
Grantee: County of Middlesex, Inc.
Land Acquired: 13.12 acres
Project Partner: Edison Township
Amount: $1,619,977.
The Metuchen Meeting House Battlefield is the site of the Battle of Short Hills. On June 26, 1777, Crown forces led by Sir William Howe advanced westward, where they were met by Continental forces under General George Washington. American soldiers positioned themselves on a series of hills adjacent to the roadway, including these lands that will be incorporated into the adjacent state battlefield park.

• Virginia – Ream’s Station I & II Battlefield
Grantee: Virginia Department of Conservation and Recreation
Land Acquired: 9.417 acres
Project Partner: American Battlefield Trust, Land Trust of Virginia
Amount: $163,380.
This grant will support the acquisition of lands at Ream’s Station Battlefield in Dinwiddie County, Virginia. The property will be protected in perpetuity with a conservation easement held by the Land Trust of Virginia. The Battles at Ream’s Station were part of the Richmond – Petersburg Campaign (June 1964-March 1965) during the American Civil War. Preserving the property will protect viewsheds and interpretive trails across 150 acres of adjacent battlefield lands preserved by the American Battlefield Trust.

• Virginia – Spotsylvania Court House Battlefield
Grantee: Virginia Department of Conservation and Recreation
Land Acquired: 70.32 acres
Project Partner: Central Virginia Battlefield Trust, Virginia Department of Historic Resources
Amount: $223,435.02.
Funds will be used to acquire a portion of the Spotsylvania Court House Battlefield in Spotsylvania County, Va. The two-week battle that occurred on this site was a series of conflicts after U.S. Lt. Gen. Ulysses S. Grant’s advance on the Confederate capital at Richmond stalled at Spotsylvania Court House on May 8, 1864. The Union attack against the Bloody Angle at dawn on May 12 came near to cutting the Confederate army in half. Fighting continued unabated for nearly 20 hours in what may well have been the most ferociously sustained combat of the Civil War. On May 21, Grant disengaged and continued his advance on Richmond.

• Virginia – Ware Bottom Church Battlefield
Grantee: Chesterfield County
Land Acquired: 51.629 acres
Project Partners: Capital Region Land Conservancy, American Battlefield Trust
Amount: $498,884.
This grant will fund the acquisition of battlefield lands that significantly expand Chesterfield County’s Ware Bottom Church Battlefield Park. The County and its partners will develop interpretive signs and trails as part of a visitor infrastructure project that creates opportunities for passive enjoyment and community stewardship of the property. During the American Civil War, nearly 10,000 soldiers clashed in the vicinity when Confederate Gen. P.G.T. Beauregard attacked Maj. Gen. Benjamin Butler’s Army of the James on May 20, 1864. At the end of the severe fight, more than 1,400 men were left either dead or wounded.

Learn more about these grants and the American Battlefield Protection Program at https://www.nps.gov/orgs/2287/index.htm.

More than 20,000 National Park Service employees care for America’s 419 national parks and work with communities across the nation to help preserve local history and create close-to-home recreational opportunities. Learn more at www.nps.gov and on Facebook, Instagram, Twitter and YouTube @nationalparkservice.