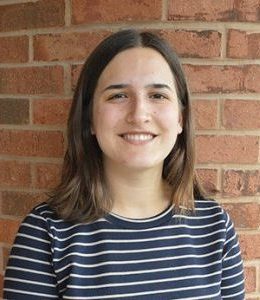 Olivia Mohr joined the Danville Advocate-Messenger staff as a reporter on Monday, Aug. 31. Mohr graduated from Western Kentucky University with bachelor’s degrees in journalism and English in May 2020. She previously interned at the Jessamine Journal, which is based in Jessamine County, another paper under Boone Newspapers, Inc.

Mohr grew up just outside of Lexington and went to elementary and middle school in Nicholasville. She grew up with a love of writing and wrote poems and short novels as a child. She went to high school in Nicholasville at West Jessamine High School, where she was introduced to journalistic writing and fell in love with conducting interviews. This is what propelled her to study journalism in college. Because she always loved poems and more creative forms of storytelling as well, she later took on a second major in English with a concentration in creative writing.

During her second semester as a freshman at Western Kentucky University, Mohr became a features reporter for the College Heights Herald, her college newspaper, and a writer for the Talisman, a student life and culture daily website and biannual magazine. Both publications have won numerous Pacemakers, the highest national honor for a student-run publication. As a sophomore, she spent a semester as features editor of the College Heights Herald. During her junior year, she was magazine writing co-editor for the Talisman, where she became editor-in-chief her senior year. She enjoyed learning with and from her peers and brainstorming new ideas for the publication to adapt and improve.

Mohr loves focusing on community journalism and how to localize national issues, and she is so excited to begin telling the stories of the people of Danville. She will report primarily on the city police department, city fire department and city council, but she will also cover features, education and breaking news stories.