Looking Back: Tobacco used to be top money maker for Boyle farmers 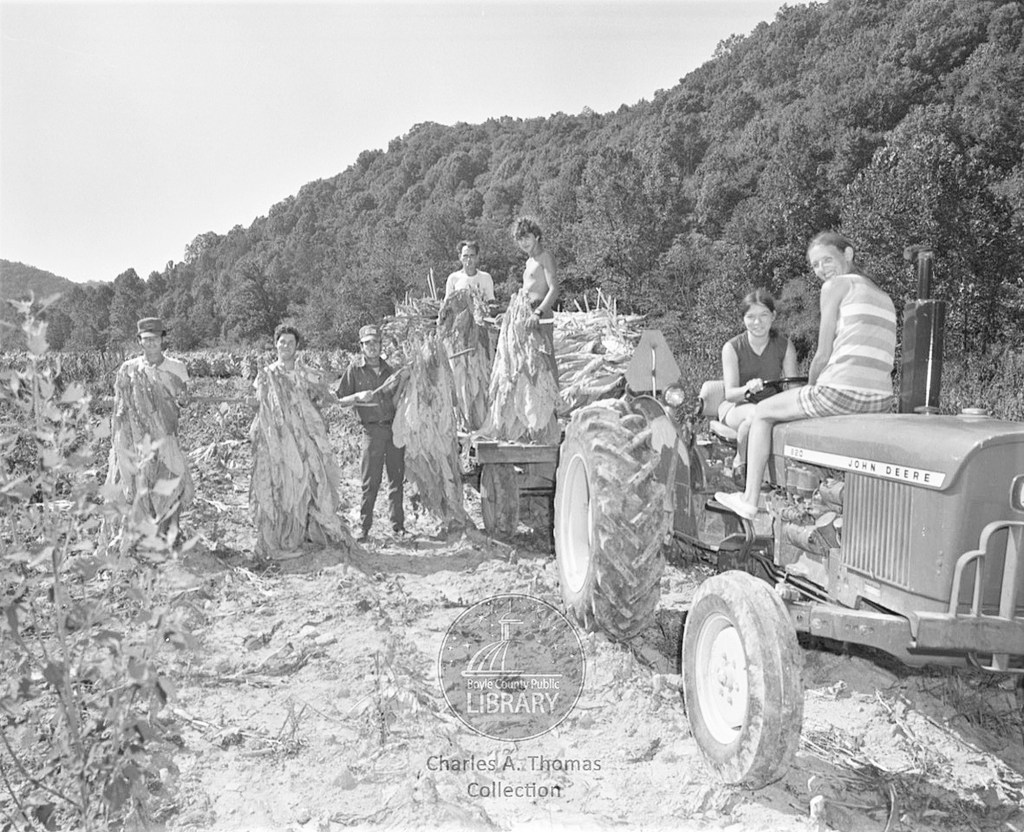 This is the time of the year when burley tobacco producers in Boyle County begin the fall harvest of tobacco.

The crops have dwindled in what used to be the top ranker in money value for farmers.

More than 150 years ago, every Kentuckian was dependent to some degree on tobacco, the greatest single crop in the state, according to an article in The Advocate Messenger in 1965.

For many years Virginia supplied the world with tobacco until its culture spread with use to all parts of the world. By 1880 Kentucky raised nearly half the tobacco raised in the United States. By the turn of the century more than 300,000 Kentucky acres were in tobacco, producing 300 million pounds.

Two kinds of tobacco — white and dark, were grown in the state.

Farmers in the north and north central section of the state first produced white burley.

Regie or dark tobacco, a dark heavy variety, was produced in Western Kentucky for export trade.

It is not known where the burley type originated. Some say it may have come from seeds in Bracken County.

George Webb of Brown County, Ohio, got some of the seed in 1864. When the plants came up, he threw them away thinking they were diseased. The next year he was short of seed and used the Barkley seeds again.

The mature plants cured to a “liquid gold” in color, he said later. He also said the new tobacco did not have any future. However, the following year, he grew a second crop and produced about 20,000 pounds, Two hogsheads of the tobacco were shipped to Cincinnati and sold for a high price.

In 1965, Webb shipped two hogsheads to the St. Louis Fair and sold for 58 per hundred weight.

“White” tobacco was off to a good start, reaching in time its present stature of approximately 525 million pounds grown annually in Kentucky alone. The state’s record breaking crop was grown in 1963, when a bumper crop netted 755 million pounds.

The first 50 years of burley tobacco went principally into pipe and chewing tobacco, and some in cigarettes and snuff. A greater amount went into cigarettes during World War I.

By the early 1900s an effort was made to get tobacco producers to not raise tobacco, in order to regulate for better prices. Those who did not sign were often visited by destructive “night raiders” including a band of neighbors of the victim.

In 1903, tobacco sold at an average of 4 cents per pound and the growers grew more revoltive. Growers of dark tobacco had no other crop to fall back on, like corn if they happened to be visited by the night riders.

With the low prices, this led up to the situation of “buying from the barn.”

Buyers were sent from companies to buy and did their own grading of the tips, flyings, trash and other grades of tobacco. Some bought on the side of the road, and others from the opposite side.

The seller had to haul his crop to the market, called “selling it loose” or he would buy hogsheads price it and ship to the market. After going to this expense often he came out with less than if he sold it in the barn.

Growers later developed a system of moving their crops to commodious open floors in loose lots where buyers handled the loose leaf and made bids.

A tobacco pool was government sponsored and farmers were guaranteed a certain price, 90 percent of parity, whatever it happened to be in any given years — if private buyers did not want to buy it.

Tobacco is judged according to color, quality and weight.

The history of tobacco raising has varied and techniques have changed but the actual growing of the weed remains virtually the same.

The plant bed is prepared early in the year, either by burning with wood or chemicals, and seed is grown. Plant beds are watched and plants are transplanted in the fields.

The crop is tended through the summer. In the fall, the stalks of tobacco are cut and speared onto a stick, wilted a few hours and hung on the stick from tier rails in the barn to cure. Ventilation was an important part of curing tobacco.

In late fall and early winter after the tobacco is cured, leaves are stripped from the stalks and tied in hands and hung on sticks and hauled to market.

More modern machines, like the tobacco setters and new mechanical housing was the process to lift tobacco sticks from the wagon bed into the barn, eliminating the use of single-handed hanging on tier rails. 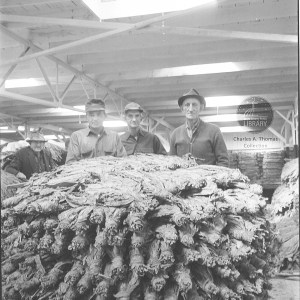 Farmers wait for their tobacco crop to be sold at a local tobacco market. The tobacco has been hand-tied and placed in a basket for display.

In 1971, there were 1,093 farmers or tenants who raised tobacco in Boyle County.

Currently, Boyle County has three tobacco producers who raise less than 100 acres of burley, according to Jerry Little, County Extension Agent for Agricultural and Natural Resources.

Many changes in tobacco harvest and markets have been made in recent years.

William Balden, a Boyle County tobacco and sheep farmer on Bluegrass Pike, worked in the 1970s to get a new method of preparing tobacco for the market.

He fought for the change in preparation for marketing tobacco by baling it to save producers labor and handling. The new method saved producers 7 cents a pound.

The baling method takes half the time and and half the cost of stripping and hand tying the leaves.

The first baled tobacco sale in Boyle County markets was in 1978-79, when the average price was $1.35 per pound.

Baled and hand tied tobacco was sold at the same time in local markets.

“I never smoked a cigarette, but I felt compelled to fight to be a friend of farmers,” said Balden in an article in 1989, the same year that Kentucky led the nation in burley production.