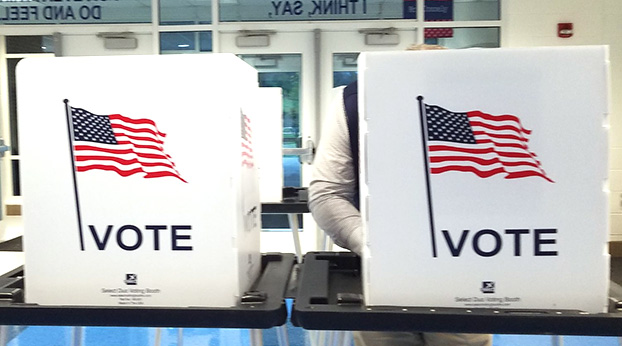 With just 60 days to go until the general election in November, hundreds of thousands of Kentuckians have already requested an absentee ballot online.

As of Friday, the Secretary of State’s office reports 223,000 requests for ballots have been submitted at govoteky.com. That’s the website where, among other things, you can register to vote, check your registration information to make sure it’s current and correct, submit a request for an absentee ballot and even sign up to be a poll worker on Election Day.

A total of 3,801 people have signed up online to be poll workers thus far, and Secretary of State Michael Adams notes all registered voters can serve. “Ten percent of our voters aren’t Democrats or Republicans, and you can’t just write those people off. Under my agreement with Gov. Andy Beshear for June and November, you don’t have to be a Democrat or a Republican to be a poll worker. We’ll take anybody.”

Normally, it takes 15,000 poll workers to staff every polling place across the state during an election. The majority are older, and many of them have not agreed to participate due to concerns over the coronavirus. This prompted Adams to take the creative step earlier this week of partnering with several of Kentucky’s craft brewers to put a poll worker recruiting message on cans, as well as information on how to register to vote.

For the June primary, more than 1.1 million Kentuckians cast ballots. A total of 848,000 voted absentee while the remainder voted in person.

Adams says expanded early in-person voting could take some of the strain off county clerks’ offices and the number of polling places needed on Election Day.

“In June we had about 75% vote absentee, 10% vote early in person and 15% vote election day,” he stated. “I think we can push a lot more people toward in-person early voting. We have shown we can conduct voting safely in person. It’s safe; the governor agrees with that, that’s why he’s joining me in calling for more locations for in-person voting.”

The deadline to apply online for an absentee ballot is October 9, in-person early voting starts October 13, while Election Day itself is November 3. In order to be eligible to participate, you must register to vote by 4:00 p.m., local time, on October 5.

Contact the county clerk’s office to find out where early voting will take place in your county.

Can I be arrested for that?Officers discuss arrest situations,…