Fighting for the rights of others 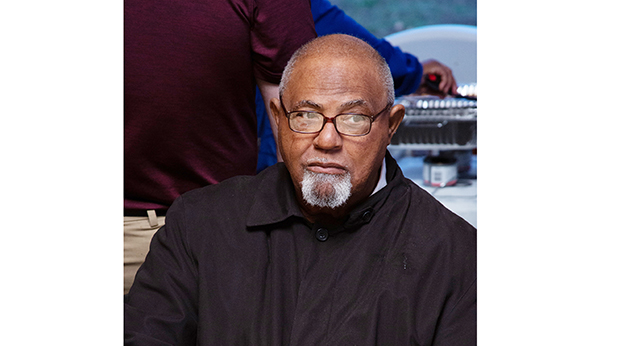 James Hunn Sr., 79, resigned in February as chairperson of the Boyle County Human Rights Commission. He served on the board for more than 20 years and was chairperson for six to eight years. His first involvement in a civil rights organization was for the NAACP when he was 25.

James Hunn Sr., former chairperson of the Boyle County Human Rights Commission, has spent the majority of his life fighting for civil rights. As an African American man who is now 79, he grew up during segregation and has experienced workplace discrimination firsthand.

At 25, Hunn Sr. joined the NAACP. He served on the Boyle County Human Rights Commission as a board member for more than 20 years and was the chairperson for between six to eight years, he said. As an engineer for Southern Railway — now called Norfolk Southern Railway — in the ‘70s through the mid-’80s, Hunn Sr. and a group of other African Americans were involved in a class-action lawsuit against the company for workplace discrimination, he said.

One of the biggest challenges to being on the Human Rights Commission is that some people don’t know how to file discrimination claims, he said, so a large part of the role was educating people on discrimination and how to file claims. He said he loves to help people, but as he’s gotten older and developed some health issues, it was time for him to resign as chairperson in February. People still call him asking for help sometimes, he said, because they say he knows how to get things done.

“I have always been, I guess, a civil rights person, looking out for mine and other people’s civil rights,” Hunn Sr. said.

He served in the Marine Corps League from 1960 to 1962. Many of the organizations he has been involved with pertain to the military, veterans or African Americans, and his four sons have also served in the military. He has helped veterans file claims. In the historical organizations in which he was active, he did Civil War reenactments based around Black soldiers.

When it comes to his time served on the Boyle County Human Rights Commission, one accomplishment Hunn Sr. is proudest of was helping a group of about 40 deaf individuals file a grievance with the Kentucky Human Rights Commission because in their workplace, when video remote interpreting became available for them, the service was not very accessible to them because the interpreters were difficult to understand.

Hunn Sr. said he enjoys helping people, regardless of what kind of discrimination they’re facing. He said the implementation of civil rights for the Black community when he was growing up was “slow, like today,” and when it comes to fighting any kind of discrimination as a community, it’s difficult to get people to band together to accomplish things.

“I think we all need to come together and do a better job of understanding one another and quit doing so much blaming and name-calling,” Hunn Sr. said.

One of Hunn Sr.’s sons, James Hunn Jr., said his father has always believed people have certain rights, and that’s been something at the forefront of their family.

Hunn Jr. calls his father “Pops.” He said he wasn’t very close with him growing up because he left home when he was 17 and his father worked a lot, but in the past five years since Hunn Jr. has been back in Kentucky, he’s seeing his father in a new way.

“I realize how much he has contributed to the community because he has always been an honorable man, and through this whole process, I’ve gotten to know my Pops in eyes that I’ve never seen him before,” Hunn Jr. said.

He said he’s thankful for the way he was raised by his Pops, learning about morality and giving back to the community. Hunn Jr. served in the U.S. Air Force for 27 years and did an additional two years as a military contractor in Afghanistan. Now, Hunn Jr. is the reentry and jail programs director for the Boyle County Detention Center and also director of Circle of Hope, a service of the Hope Network provided to Shepherds House IOP clients. Hunn Jr. is chairperson of the Hope Network. In the roles he holds, Hunn Jr. focuses heavily on rehabilitation and his belief that everyone deserves a second chance.

His Pops always has challenged people to try harder and do better, Hunn Jr. said, and that includes members of his family. If people came to him claiming they were discriminated against, Hunn Sr. helped them make sure they had all their facts correct and that they were indeed discriminated against even though they had followed all their workplace’s rules like being on time to work. Hunn Jr. said his Pops helped people weed through the details of their cases and get help when they needed it and take responsibility when they needed to.

Kathy Miles, member and secretary of the Boyle County Human Rights Commission, said in an email that when Hunn Sr. resigned as chairperson, it was just before the COVID-19 pandemic caused businesses and organizations to shut down, so the commission didn’t get to thank him in person. She said he was an outstanding chairperson.

“He served faithfully, and with a commitment to justice and the ethical treatment of all people,” Miles said in an email.  “We will miss him on the Commission very much.”