Boyle set to kick off season under new coach 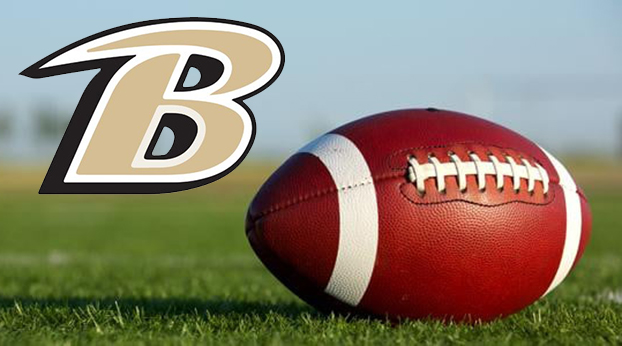 Yes, there is one very significant change at the head of the Boyle County football program. Beyond the change at the top, however, there is much that will look very familiar Friday when the Rebels take the field for the first time under new coach Justin Haddix.

The roster is rich in talent, the offensive and defensive schemes are recognizable and the expectations are as high as ever.

Justin Haddix, who came from Corbin to lead a Boyle program that has won eight championships and has reached the semifinals or finals of its class in each of the past three years,

“I feel like if we stay healthy and progress, I feel like we’ve got the pieces to contend for a state championship,” Haddix said.

On the other hand, some things will be decidedly different in a season that was jeopardized by the COVID-19 pandemic and ultimately delayed for three weeks and shortened by two games.

Practice time has been limited — spring practice was canceled, there were no camps or preseason scrimmages and teams have practiced in pads for only two weeks — which could be a disadvantage for a new coach.

However, Haddix said the foundation laid by former coach Chuck Smith has gone a long way toward helping the Rebels get ready for this season.

“We’re very blessed here,” Haddix said. “Coach Smith did a great job, set a great mentality (in) everything that was going here. Kids all work out hard, a lot of the same staff is here. It’s been as smooth a transition as it could be.”

Boyle was hit hard by graduation, losing 19 seniors, including three Division I signees. However, the Rebels return seven players who started on offense and/or defense in last year’s state finals.

“We feel like that’s going to be a strength for us,” Haddix said.

Senior Jagger Gillis, a transfer from Anderson County, is expected to start at quarterback. Gillis passed for 1,128 yards and seven TDs last year for Anderson.

“He’s not your typical quarterback; he’s a football player,” Haddix said. “He’s going to be tough to tackle, he’s not going to run out of bounds. He throws the ball extremely well, gets the ball out of his hand quick and he’s also physical in the running game.”

Haddix said he has been impressed with the way Gillis has learned Boyle’s offense quickly both in practice and through asking questions.

Boyle’s line also should be a strength on defense, led by returning starters Tommy Ziesmer, a sophomore, and Daulton Peetz, a junior. Seniors Jacob Heist, Benjamin Rush and Caleb Holderman, who is returning from an injury, also will play key roles.

“We’ve got seven or eight guys that can really play up front for us,” Haddix said.

McDaniel, the top returning tackler, will again be a force at linebacker. Lanter and junior Cash Logan will lead the secondary, and Gillis and freshman Avery Bodner may play key roles as well.

Boyle returns an elite kicker-punter in junior Jackson Smith, who was the state’s top-scoring kicker last season (88 for 90 on extra-point attempts, 8 for 8 on field goal attempts) and whose kickoffs routinely reached the end zone.

“(Opponents) have to drive it 80 yards every time, so it’s going to be tough on them,” Haddix said.

The coach said Smith also will play a larger role on defense as a substitute in the secondary and at linebacker and on offense at wide receiver.

Haddix, who was hired Feb. 4 after going 90-38 in 10 seasons at Corbin and Perry County Central, has five assistant coaches who were part of Smith’s staff and three new coaches with ties to the program.

“All those guys know them. I’m really the only new person coming in,” Haddix said.

Jeff Hester, who begins his 20th season at Boyle, will lead the defense and continues as the team’s strength coach. Travis Leffew, a former Boyle player who was a member of five NFL teams, will be the offensive coordinator, though Haddix will call the plays.

Haddix said he expects penalties, missed tackles and other mistakes to be part of Boyle’s opener against Mercer County at Rebel Stadium. He said his goal, as in every season, will be to keep the most egregious errors to a minimum as the Rebels progress toward the postseason.

“I just want to see us playing hard, no mental mistakes,” he said. “Good teams don’t beat themselves. That’s the silly penalties, that’s turning the football over, making silly mistakes, giving up cheap touchdowns on defense, things like that.

“We know we’re going to have some missed tackles, we know there’s going to be some other penalties going on, but we don’t want to beat ourselves.”

This year’s schedule includes non-district games against powerhouse programs Louisville Christian, Highlands and Danville and rising star Madison Southern. (Games against Allen County-Scottsville and West Carter were dropped when the schedule was shortened from 10 games to eight.) Haddix said he didn’t make this schedule, but it mirrors his philosophy.

“You’re going to see us play some good football teams to get us ready for district play,” he said.