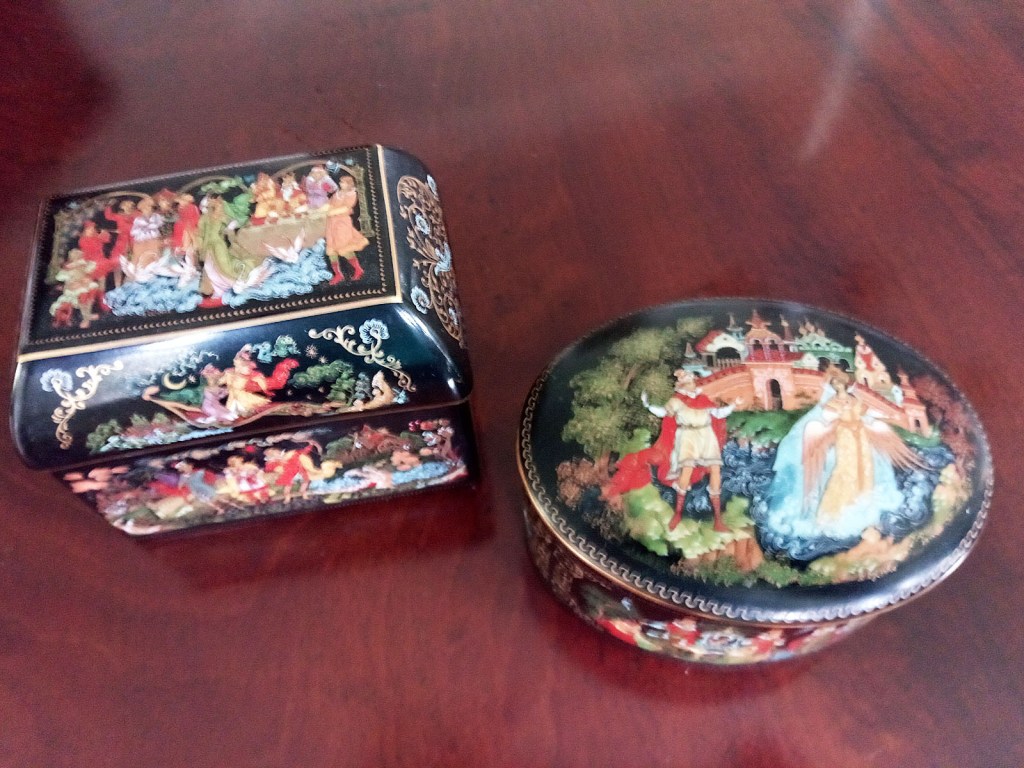 Question: Hi Jerry! Have you ever seen any of these Russian porcelain boxes before? (At least I think they are porcelain, painted in bright enamels and gold.) I bought them about 30 years ago through a magazine ad and paid in installments over several months. I don’t remember how much they cost, but they were expensive for me at the time. Of course, they are reproductions, but I thought they were beautiful and still do. 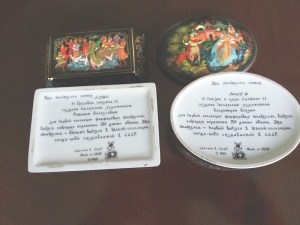 They depict Russian fairy tales, which are described on the back in cyrillic script. Somewhere along the way, I lost the paper translating the Russian. The only English says “Made in

Russia,” with the date of 1989. Can you tell me any more about them? Did I get a treasure or fall for a scam?

Answer: It depends on how you feel about them. If you love them, and the price wasn’t a strain on your 1980’s budget, then it was money well spent and not a scam.

That being said, there were a lot of boxes, cups and plaques made during this era. I seem to remember that the 80s were a time of a lot of travel to Russia, mission groups, tour groups and bon vivants and Russian manufacturers responded.

In my estate work I see a lot of Russian lacquer and porcelain. Most of it commercial and made en masse, but so colorful, rich and detailed. The quality can waver on some pieces, but yours are exquisite.

Now bear with me, I didn’t translate the Russian on the back. But I’ve based this on what other similar examples are selling for in the marketplace. I was able to find both examples.

The rectangular box is titled “The Enchanted Princess” and the round box is untitled. Both were from the collection of Victor Tahill. Both of these boxes sold for a combined price of $225 in 2019.

So, I don’t think that’s too bad, but it likely pales in comparison to what you paid for them in the 1980s. Thank you for sharing these treasures with us. Thanks for a great question.