High-speed chase leads to arrest of two Michigan men on drug, other charges 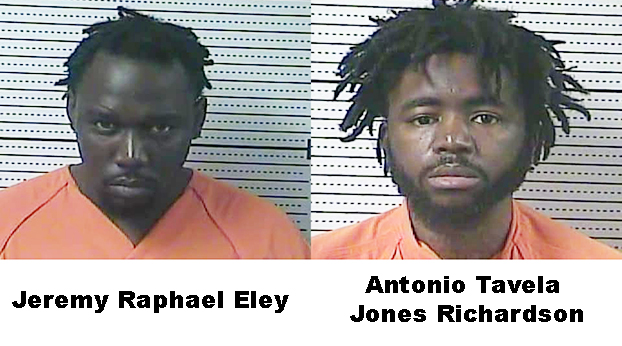 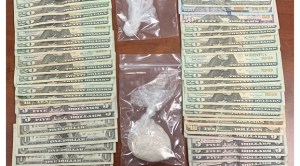 The money and drugs seen here were confiscated from the suspects following a long high-speed chase. (Boyle County Sheriff’s Office)

What was to be a traffic stop for minor violations led to a high-speed chase and the arrest of two men from Detroit, Michigan, on drug trafficking and other charges.

Shortly after midnight Saturday, Boyle County Sheriff’s Office deputies Abbott, Wren and Hopper attempted to conduct a traffic stop on Hustonville Road. The vehicle turned into the median, attempting to turn left into Taco Bell. Once emergency lights were activated, the vehicle abruptly turned back into the southbound lane and accelerated. Deputies activated their emergency sirens and the vehicle continued through the red light at the intersection of Hustonville Road and the US 127 Bypass. The vehicle continued at speeds of more than 100 miles per hour, and deputies observed items being tossed out of the vehicle in Junction City. It continued to evade officers on US 127 in Lincoln, Casey and Russell counties before turning westbound on KY80 in Russell County. The pursuit continued into Adair County, where it nearly hit an Adair County Sheriff’s Office cruiser.
The vehicle eventually turned onto the Cumberland Parkway. The vehicle exited the roadway on the ramp of the parkway but was unable to get back into the merge lane. After continuing on the Cumberland Parkway for several miles, the vehicle ran out of gas at mile marker 41. The occupants of the vehicle were taken into custody without further incident and a large amount of cash was seized from them. Boyle and Lincoln deputies located two baggies containing a significant amount of suspected heroin at Margus Lane just off US 127 in Junction City.
Jeremy Raphael Eley, 34, of Detroit, was arrested and charged with trafficking in a controlled substance (heroin), tampering with physical evidence, wanton endangerment 1st degree, wanton endangerment 1st degree (police officer), and numerous traffic violations. He is being held in the Boyle County Detention Center on $20,000 cash bond.
Antonio Tavela Jones Richardson, 27, of Detroit, was arrested and charged with trafficking in a controlled substance (heroin), and tampering with physical evidence.
The Danville 911 Center, Lincoln County Sheriff’s Office, Casey County Sheriff’s Office, Liberty Police Department, Adair County Sheriff’s Office, Columbia Police Department, and Kentucky State Police Post 15 all assisted in the incident.