Commissioner recommends dissolving partnership between the city of Danville and EDP 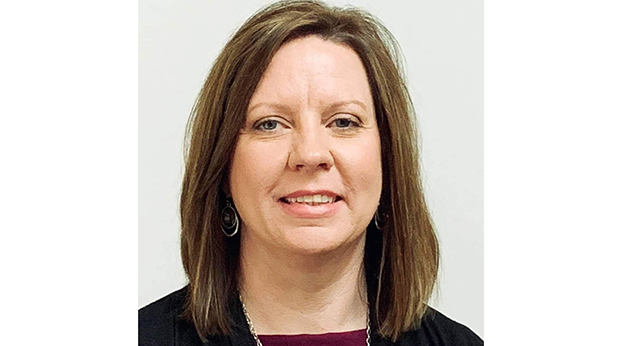 Danville City Commissioner Denise Terry recommended that the city end its partnership with The Danville-Boyle County Economic Development Partnership, Inc. at the commission meeting on Sept. 14. She is on the board of the EDP as a city representative. Danville Mayor Michael Perros said during the meeting that he agrees with the recommendation. He also serves on the EDP board.

Terry’s recommendation came after Pitman Creek Wholesale’s recent decision to leave Boyle County and move to Lincoln County where it will expand after receiving free land from the Lincoln County Industrial Development Authority, she said during the meeting. Perros said in the approximately five years Pitman Creek has been in Danville, Pitman Creek has contributed just shy of $500,000 the local economy altogether. Perros said the city government’s portion of that equates to about one and a half police officers per year.

The EDP, due to its partnership with the Boyle County Industrial Foundation, cannot offer free, publicly funded land to businesses because the BCIF is a private entity, and the EDP does not own land — the BCIF does, and it attempts to sell land to foster economic development.

Terry said she’s frustrated because she knew Pitman Creek was planning on relocating, but she thought the EDP was doing everything in its power to keep Pitman Creek in Boyle County. And she believes the EDP did not practice effective communication as a full board to let the whole board know what was going on with Pitman Creek.

This, she said, went against the principles the EDP stands for, which is fostering communication, professional courtesy, trust and respect.

“In my mind, the agreement is we’re all supposed to be working together for the betterment of the community, and they are not asking for our input as the economic development board,” Terry said.

The BCIF could have sold its land in Boyle County to Pitman Creek rather than giving it freely.

Perros said prior to the COVID-19 pandemic, an EDP subcommittee visited different Kentucky communities and researched their forms of economic development and found that an EDA was successful for some communities. Establishing an EDA or some other way to give away land to businesses would make Boyle County a more competitive market and therefore be a better use of taxpayer funds, Perros said.

Terry said for the time being, she’ll do what the commission wants, so if they want her to stay on the board for a couple more months, she said she will. But if the commission continues with the partnership as it stands, then she will resign as a city representative on the EDP board. If she were to resign and the partnership did not end, a different city-appointed representative would replace her on the board.

At the  EDP meeting on Sept. 16, John Albright, vice-chair of BCIF, asked Terry to resign from the EDP board right away in order to have another appointed city representative the board could work with. He does acknowledge, however, that is ultimately the city’s decision, as well as who they would elect as a new representative, he said.

Albright said the initial news that Terry was going to recommend ending the partnership was a surprise, and he thinks the EDP is ready to discuss concerns the city has going forward.

“But she didn’t give the EDP board a chance to discuss her thoughts — she just threw them out there in the public, and so I would hope that if the city named another person, they would just basically institute dialogue and try to discuss with the fellow board members and try to address those concerns that were aired the other day,” Albright said.

However, despite thinking there was a lack of communication on Terry’s part, Albright does agree communication within the board can improve. To Albright, however, it seemed that Terry was also not doing her part to communicate with the board, he said.

At the commission meeting, city officials decided they will have a workshop after researching more possible alternatives to their partnership with the EDP and discuss whether it would be more effective to continue the partnership or find an alternative, and what alternatives exist. An exact date for the workshop is undetermined.

Commissioner James Atkins said during the meeting that a workshop is necessary because he thinks Danville has had a history where a private partnership has been successful, and he and other city officials need to weigh the benefits of involvement with the EDP versus establishing an EDA.

Jody Lassiter, director of the EDP, said he hopes the city continues their partnership with the EDP. Losing the city’s role in the EDP, he said, “would be like driving a car on only three wheels.”

This is a developing story, and more updates will be published as they are available.