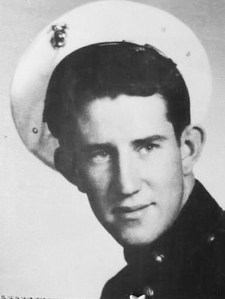 Lloyd “Denver” Tinsley, 91, of Fairfield, Ohio (formerly of Lincoln County) passed away on Sunday, September 13, 2020 at Mercy Fairfield Hospital. Born on December 22, 1928 in New Salem, KY to the late William Crim Tinsley and Juey Leeper Tinsley. He was a Veteran of the United States Marine Corps where he served in the Korean War for 3 years. Denver worked for Hamilton Foundry in Hamilton, Ohio, retiring after 30 + years. He was a member of North Seventh Street Church of Christ in Hamilton, Ohio.

Survivors include his wife of 68 years, Doris Milbern Tinsley of Fairfield, Ohio; and several nieces and nephews.

A one-day service has been scheduled for Saturday, September 19, 2020 at Spurlin Funeral Home in Stanford, Kentucky. Visitation will be held from 1:00 p.m. to 3:00 p.m. The Funeral Service will begin at 3:00 p.m. with Bro. Jack Denny Johnson officiating. Burial will follow at Buffalo Springs Cemetery in Stanford, KY.

Full Military Honors will be presented by Caswell Saufley Post 18.