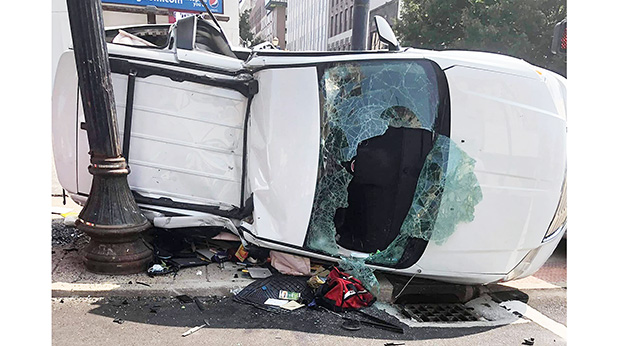 They were out of their seats and were trying to get out of the vehicle. But the only way out was through the back windshield, he said. So he broke out the window. By that time several other people were also helping out, he explained.

He ran around to the driver who was still trapped inside, and began trying to bust through the front windshield, all the while telling the man to help by kicking out the glass from the inside.

Caldwell said no one was seriously hurt in the accident, and he was just at the right place at the right time to help.

Perryville Police Chief Parker Hatter said, “We are fortunate to have a mayor who leads by example and not by words!”