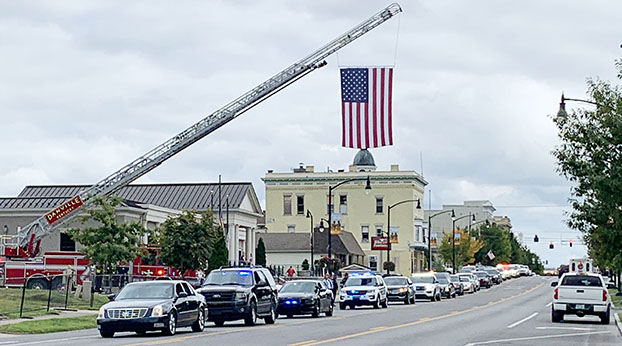 He served the department as an officer from 1980 until 2002, and then served as the city of Danville’s code enforcement officer from 2002 until 2019.

He was honored with a funeral escort by local law enforcement and emergency services Friday afternoon in a procession that also included officers from other communities in the area. A reprinted version of a feature story about his retirement can be seen below. 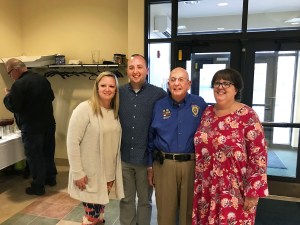 Tom Broach celebrates with his family who came out to support him during the March 25 city commission meeting when he was honored. Broach stands with his wife, Margaret, right, and his son and daughter-in-law, Chase and Brittany Broach.