Looking back: Businessman gets railroad through Boyle County 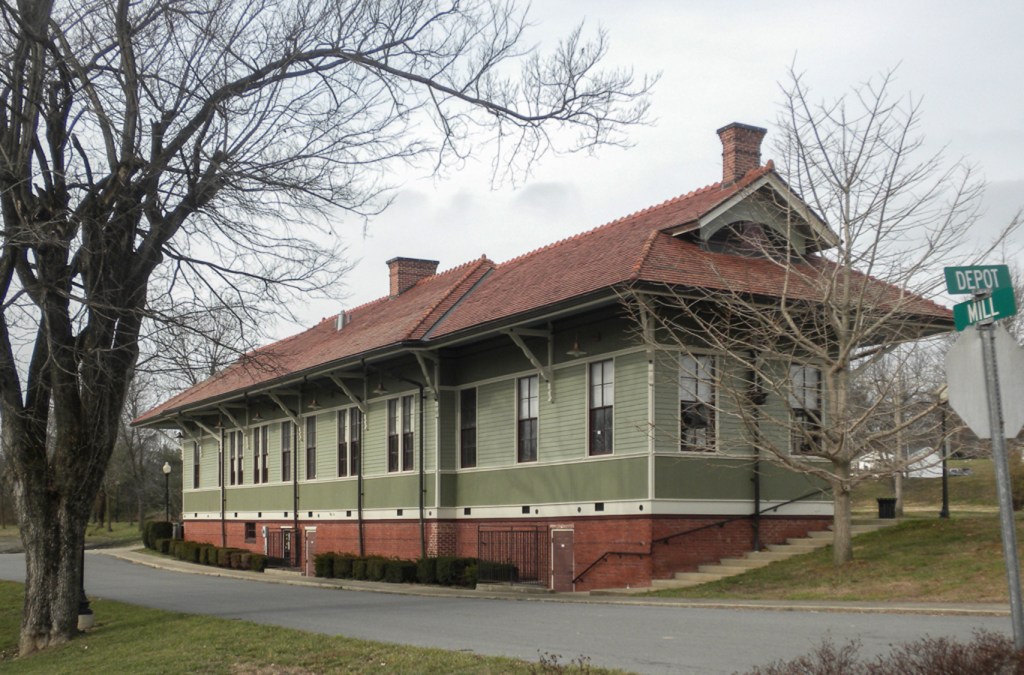 The Louisville and Nashville Railroad depot in Stanford after it was renovated and made into a historical museum. (Wiki photo)

Eugene Zimmerman, a Cincinnati businessman, never gave up on a plan to get the Louisville and Nashville Railroad to run through Boyle and nearby counties.

In 1875 he headed to Kentucky where he purchased more than 13,000 acres of timberland in what is now Yosemite in Casey County where he employed 300 to work in his lumber mills. In 1884, he built a wooden train track from Kings Mountain to Staffordsville and went on to organize the Green River Railway Co. in 1889.

He liquidated his holdings after the timber was exhausted and went into the railroad business.

Zimmerman was president of the Chesapeake and Nashville Railway Company in the late 1800s, and was mentioned numerous times in The Advocate-Messenger archives, when he convinced local supporters to go along with plans for the route to come from Louisville to this area.

Directors and stockholders of the Cumberland & Ohio Railroad, Southern Division, met Feb. 8, 1884, to talk with Zimmerman, president of the Cincinnati, Green River and Nashville Railroad, about a project to transfer the C&O to the Huntington railroad system.

Huntington wanted to get the most available line to Nashville from the Northern system of railroads.

One line was proposed to run from Stanford to Columbia, then to Edmonton and onto Nashville.

A second line was from Lancaster to Danville and west to Lebanon over the C&O to Greensburg, and to Nashville.

The Southern Division of the C&O was leased to the L&N for 25 years from 1878, but a promise was made of an arrangement with L&N to surrender the lease, said N.S. Ray, of C&O.

Zimmerman wanted the stock to go into the Cincinnati, Green River and Nashville road. A resolution was approved of the transfer of the lease. 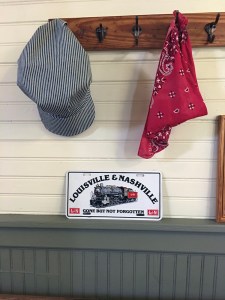 The L&N Depot Museum in Stanford is filled with displays of historical displays about the railroad and other Lincoln County history. (Photo by Brenda S. Edwards)

In April 1884, Zimmerman drove down the road to look after his extensive works near Kings Mountain. He told the Advocate editor his engineers were locating the road north of Nashville and headed this way.

When the railroad reached Central Kentucky, the editor speculated the population would increase by thousands and had no doubt the railroad would be a success.

Three months later, the Cincinnati, Green River and Nashville railroad was a certain.

The citizens of Nashville signed for $400,000 to come out of the $500,000 asked for by projectors. C.P. Huntington, who backed the new project with his capital, agreed to begin construction of the railroad with the amount already subscribed.

Zimmerman headed to Nashville to decide what plans were to be included.

On Aug. 22, 1884, Zimmerman said the railroad was a certainty. “Work will begin within 60 days and pushed with all the rapidity that energy and money can command. The location in Central Kentucky has not been revealed.”

Zimmerman also squashed a rumor that a change in the presidency of the company was incorrect.

Zimmerman remained in control with the joint venture with C.P. Huntington.

Zimmerman, now president of the Chesapeake & Nashville Railroad Company came to Lincoln County in October 1884 to talk to the local residents about his railroad plan.

He said the Kentucky legislature allowed a vote to be taken in Boyle County as to whether or not the people will aid building the railroad with the credit of the county to the amount of $200,000.

The vote was on November 15 to decide if the people wanted to sign to tax themselves to raise $150,000 to buy first mortgage bonds for the railroad and an additional $50,000 to pay for the right-of-way. In return, the people would get an equal amount of its stock. The vote was for the plan.

In December 1984, Zimmerman extended his railroad from Kings Mountain to within seven miles of Yosemite, “a flourishing village of 250 inhabitants and a half dozen sawmills.” A regular hack line was run to the railroad and back daily.

“A through ticket to Kings Mountain for 35 cents — cheaper than staying at home — to say nothing of the romantic ride over the Green River & Cincinnati railroad,” he said.

“Two splendid hotels are kept here, one by Judge Stone, and the other by R. Pierce. From neither does the traveler ever leave hungry. Local option has no abiding place here, perhaps never will, yet the people are sober, good-natured, industrious and contented.”

Zimmerman was full of the coming railroad, but he couldn’t be pumped with a 40-horse power engine.

He said the surveying party was expected by the middle of March 1885 as the route was directed to Lincoln County. The headquarters was located in Yosemite while they made preliminary surveys along the many routes that were planned.

Zimmerman met later in March with a group of citizens in Lincoln County and talked about different surveys of the route of the Chesapeake and Nashville Road and said the road would be located within 30 days.

“I did not intend to submit any proposition to the people of Lincoln County, but I just wished to say, that Nashville and the other counties along the routes surveyed, had been very liberal towards the railroad in every way, and that Danville was making efforts to secure the location of the railroad, and Lincoln County had never done and anything and was making no effort.”

They approved a motion showing the county would buy the railroad right-of-way and depot grounds necessary for the project through Lincoln County.

A joint meeting was held in April 1886 in the Lincoln County Courthouse with representatives from Lincoln and Boyle counties to consider the advisability of extending aid to the Louisville and Chesapeake and Nashville Railroad.

J.S. VanWinkle of Danville called the session after a meeting with Zimmerman of the Chesapeake & Nashville Railroads. Zimmerman said the railroad from Nashville to Glasgow, could be extended with the Kentucky Central, the probable route, known as the Casey’s Creek route, which was favorable to build the road via Danville and Lancaster.

After the group agreed to the request, it decided to circulate a petition for signature by citizens and taxpayers to request the state legislature to enact a law, enabling the town trustees to subscribe to $50,000 in bonds or stock of railroad companies. The only condition was the road was to be built near or through Danville. State representative D.C. May was to introduce the request to the Kentucky Legislature.

Work on the C&N was completed to Scottsville in Allen County and headed onto Boyle County. Work was to resume in the spring of 1887. Speculation was where the railroad line was headed next.

Danville hoped to have the Louisville Southern line coming through town, and Zimmerman said the “Northern terminus of the C&N will be at or near Danville.”

Danville wanted at least one railroad to extend to Lancaster and give the Huntington system another route into Louisville.

“We are very much of the opinion that we ought to have and can get both of these important railroads,” VanWinkle, The Advocate editor wrote.

Zimmerman wrote a letter in February 1887 to the Wall Street Journal about the completion of the first division of 36 miles and opening the subscription for the northern division of 100 miles.

Blocks were entitled to share in the first mortgage bonds and stocks, pro rata in proportion to the cost of the railroad.

The northern terminus of the road was to be near Danville, where a connection was made with Louisville, Cincinnati and Pittsburgh. The southern terminus was at Nashville, where numerous roads from the new mining regions in Alabama and Tennessee.

“We are anxious to have alternate lines to furnaces and cities on the Ohio,” he concluded.”

Zimmerman was an expert in coal and mining operations and formerly vice president of the Cincinnati, Hamilton and Dayton Railroad.

It was purchased by the Seaboard Coast Line Railroad.

It was a Class I railroad and operated freight and passenger services in the southeast United States.

Many of the small town L&N Railroad depots have been torn down. The one in Stanford has been renovated and is open as a museum.