Looking back: Danville woman was first female governor of Kentucky 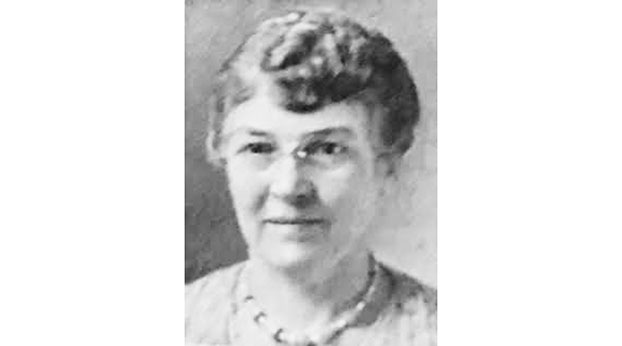 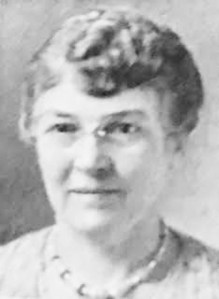 A Danville woman who claimed the distinction of having served as the “first woman governor in Kentucky,” was well known for her work in local and state Democratic circles in the 1920 and 1930s.

Sara W. Mahan’s service was for a short period — six hours — during the night when Governor Ruby Lafoon and Lt. Governor A.B. Chandler were both absent from Kentucky in the early 1920s.

“I wasn’t much of a governor, but I expected I was the closest Kentucky will come to having a woman governor for many a day,” she commented to the press.

Mahan served as Secretary of State from 1932-1936. She was the first state official from Boyle County in over 30 years.

As she prepared to leave Danville and move to Frankfort to her new state position, she was quoted in the Advocate about her move.

“As the time draws near for me to assume the office of secretary of state I have a feeling that I hate to leave this offiof the winners, defeating her opponent by 1,277 votes in her second running.

While Mahan was secretary of state, she rejected a full ticket of Prohibition candidates for state offices in September 1935, pending a decision from the state attorney general.

The petition of more than 1,000 signatures, as required by law for placing a name on the November ballot, was tendered by W.M. Likins, state chairman of the Prohibition Party, after regular office closing hours.

After checking the signatures, Mahan said a separate petition, with the names of each, would have to be presented by each candidate. She talked with the attorney general about the petition and he agreed with her.

“She was possibly the best-known woman in local Democratic circles,” according to an article in The Advocate-Messenger.

Mahan’s career of public service began in 1903, when she entered state politics as headquarters executive for her uncle, Judge S.W. Hager, in his campaign for state auditor.

She also was headquarters supervisor of personnel in several major political campaigns in the state and personally directed one of them when in 1907 she had complete charge of the headquarters of Judge Hager when he won the nomination by 33,000 in the Democratic Primary.

“Miss Mahan displayed remarkable executive ability and was the first woman to have charge of the successful management for the nomination for the chief office of this Commonwealth,” W.P. Walton wrote in the Frankfort Journal.

In the 1907, 1911 and 1912 general elections, Mahan accepted executive positions at state headquarters.

From 1908 until 1930, she was assistant librarian, until the legislature, having a Republican majority, elected a Republican librarian.

In 1920 she returned to Danville to make her home. A year later she was elected as Boyle Circuit Clerk, and was re-elected for another term without opposition.

She was chosen twice as State Central Executive Committeewoman from the 8th Congressional District.

While Mahan was secretary of state, she helped secure $800,000 worth of toll bridge bonds in 1935 for a bridge project over the Ohio River in Paducah. At the recommendation of Lyter Donalson, chairman of the state highway commissioner, she made a trip to New York to sign for the bonds.

A native of Clay County, Mahan was born Feb. 26, 1870, and moved to Danville in about 1905 with her parents. They lived on North Third Street.

She was one of four children of George Mahan and Katherine White Mahan. Her siblings were George Lee, Alice and Laura.

She attended Bell Seminary, a forerunner of Kentucky College for Women and Women’s Department of Centre College. She was a member of First Christian Church.