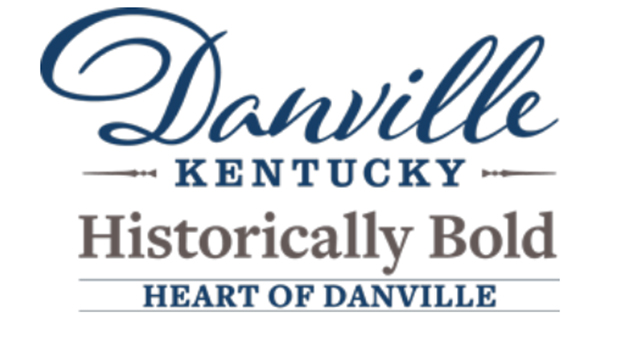 On Sept. 28, a Downtown Master Plan workshop took place during which the potential for making downtown more accessible, pedestrian-friendly and full of diverse opportunities and experiences was discussed.

Strategies and concepts for the Downtown Master Plan project were outlined Sept. 28 and took into account how to make downtown Danville more pedestrian-friendly and more compliant with the Americans with Disabilities Act, and also took into account downtown economic activity. The potential for more bars and restaurants, a town conference center to direct town visitors and locals to activities and historical sites, and a hotel were also discussed.

Jim Walters, an architect with Joseph & Joseph + Bravura Architects of Louisville, and Louis Johnson, an urban designer for Gresham Smith of Louisville, were consultants who gave a presentation on the master plan. The presentation, which is now posted on the City of Danville’s website, outlined that after research and data collection talking to some residents of Danville, some desires residents had were that the downtown area have safer streets and sidewalks for pedestrian safety and to offer more diverse work and dining opportunities in the downtown area.

Earl Coffey, city engineer and interim city manager for Danville, said it’s important to note that the ideas in the presentation are not necessarily projects to build but instead a strategy and vision for the future of downtown Danville.

“We believe the final concepts and strategies established will provide a clear action plan for the Commission to fulfil its goals for improving the quality of life in Danville while enhancing economic vitality,” Coffey said in an email. “The actual ‘product’ with several exhibits will be generated within the next few weeks or after we take at least one or two site visits along with perhaps an additional workshop.”

The “site visits” Coffey referenced will involve city officials, including city commissioners, visiting different towns and learning about their methods of economic growth, improving pedestrian safety and experiences and other aspects regarding the master plan. So after the site visits and more research on how to implement aspects of the master plan, the city will have a clearer idea of what concepts and strategies can be pursued.

One of the concepts outlined in the presentation included for sidewalks, intersections and traffic systems to be evaluated for safety, accessibility and repair within a 20-minute walk of downtown to connect surrounding neighborhoods, according to the presentation. Also in the presentation were potential ways to make learning about historic downtown more interactive, such as utilizing pop-up events and community storefronts to tell stories about the town. The presentation also explored the possibility of connecting downtown to the Regional Planned Trail System with new trails, shortening crosswalks to make walking the streets safer, eliminating the central lane down Main Street where possible and creating planting medians in its place, and eliminating excess parking and replacing parking spots with areas to sit, eat and bike ride.

Third and Fourth streets were also in the presentation, with the possibility of narrowing Third Street to a one-lane road to make room for parking while expanding the sidewalk and adding room for bike lanes into existing parking spaces.

Also on the presentation was the possibility of creating a downtown entertainment and business district as one of the eight proposed character districts, which would each focus on different aspects of the community: Centre College district, civic, core and medical districts, East entry district, South entry district, iconic district and Kentucky School for the Deaf campus district. More information on ideas for the districts can be found in the presentation.

The entertainment destination center would be a designated geographic area divided into five subsections, each of which could be licensed for general alcoholic beverage use for events, according to the presentation.

The boundary the potential districts created had a boundary wider than Steve Hunter, director of Danville-Boyle County Planning and Zoning said was originally was established for a moratorium on construction downtown, which he said during the workshop was originally shaped more like a “T” than the shape the character districts created. He expressed concern about potential construction projects within the proposed character districts if a project were proposed outside of the original “T” shape but within the character districts. Earl Coffey said the commission will meet to discuss the boundary more thoroughly and establish something more concrete.

“We expect to review and suggest revisions to the moratorium boundary at the next Commission regular meeting,” Coffey said. “Ultimately the goal is to have any planning and zoning regulations proposed by the master planning document be incorporated into development which is coordinated through building permits. By adjusting the boundary to revised planning zones intentional planning is more likely to occur.”

Regular city commission meetings are held the second and fourth Mondays of each month.

In the meantime, more temporary efforts are being made to improve the pedestrian experience downtown. Coffey said planning and creating parklets is underway downtown, which would consist of creating areas to sit and eat or socialize outside businesses. The parklets would take up two current parking spaces each and provide a potential idea for more permanent development, he said. More temporary plans can be found in the presentation.