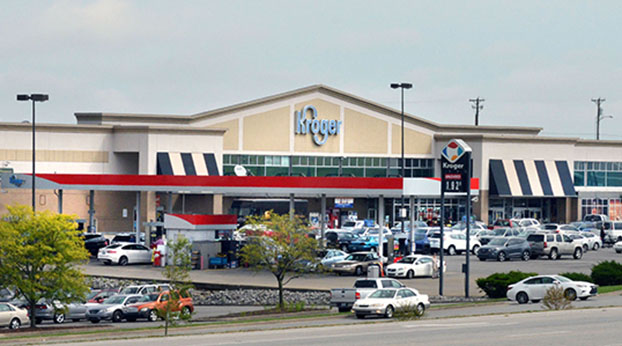 The Danville School District will be receiving about $18,000 more in property tax and interest from Kroger’s recently agreed-upon 2016 property assessment.

Kroger’s Danville store had been assessed at $3.58 million until 2014, when it was raised to $5.5 million. Kroger questioned the Property Value Administrator’s assessed value in 2016 and the two parties have been in discussions regarding the appropriate value since that time with the Kentucky Claims Commission, as well as the Boyle Circuit Court and Kentucky Court of Appeals.

Since 2016, Kroger has paid property taxes on what it believed was the true assessed value of $2.85 million, according to Advocate-Messenger stories.

Boyle County Property Valuation Administrator Lacresha Gibson told the Danville School Board during its working session Monday night that the Kentucky Department of Revenue figured Kroger’s total supplemental bill for 2016, including interest, was $27,356.57 ($22,288.23 in property tax plus $5,068.34 in interest.)

The 2016 case has been officially resolved, so the supplemental tax bills can be sent to Kroger, Gibson said.

However, the 2017, 2018, and 2019 cases, which had been sent to the Kentucky Claims Commission have now been sent to the recently formed Kentucky Board of Tax Appeals because Gov. Andy Beshear dissolved the KCC, Gibson explained. The ’17, ’18 and ’19 supplemental tax bills can be mailed to Kroger once the cases are “officially” signed and filed in Boyle County Circuit Court, she added.

Gibson suggested that the school board wait until the end of the month to send its tax bill to Kroger, in hopes that the other three agreed orders will be filed so all four years of supplemental tax bills can be sent at one time.

She also suggested that perhaps the Boyle County Sheriff’s Office could send the school district’s bill at the same time it sends the rest of the supplemental tax bills to Kroger.

Other entities that will be receiving 2016 supplemental tax revenue from Kroger’s property taxes and interest include:

Gibson said all of the entities should be receiving slightly more in tax revenue for  ‘17, 18’ and ‘19 which could mean that Kroger will pay a total of about $105,000.

Board Chair Steve Becker said, “This is a really big deal. .. I want to thank Kroger for coming to the table” and it will be looked upon “positively as a community partner.”