A worm in the Apple 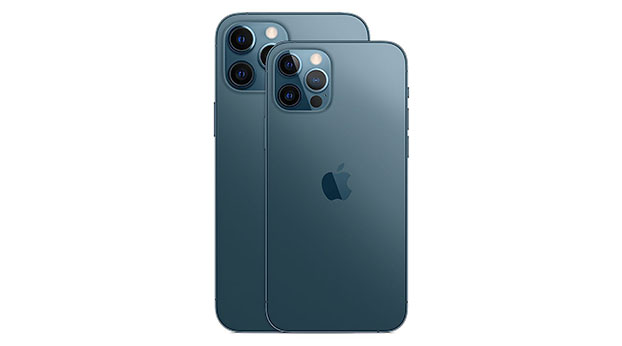 The new Apple iPhone 12 was announced earlier this week. With a price tag of as much as $1,200, it doesn’t even come with a charger.

I’ll admit it – I’m hooked. Apple has me, and I basically can’t escape at this point.

For years, I’ve been a dedicated Apple product user, and it goes well beyond the iPhone and some of the relatively newer products. I’m talking about the old Macintosh II computer, released in 1987, not just the newer stuff. My first experience with Apple came in college, and I’ve been using them ever since. And I’m writing this column on an Apple product, a MacBook Pro laptop. Apple computers are the standard in most newsrooms, and they’re what I’ve been using for more than 30 years.

As much as I love the products Apple makes, I find myself more and more displeased with things the company does, and that hit a new height this week with the unveiling of the new iPhone 12.

The top-of-the-line model, the iPhone 12 Pro Max, carries a price tag of $1,200, and it comes with a lot of bells and whistles, including the ability to operate with 5G service. What the phone does not come with is a charger. You heard that right. For $1,200 you don’t even get a charger for the phone.

If that wasn’t bad enough, Apple has again changed the charger needed for the phone. Previous models used a USB-to-lightning charger, but the iPhone 12 takes a USB-C to lightning charger.

At least that cable does come with the new phone, but that’s all you get. The actual charger itself is an extra that you have to buy. Many people use charging “bricks” or power banks that would accept the old cable, but the new USB-C-to-lightning will not fit the majority of charging bricks out there. If you’re like me and have a brick or power bank that’s not compatible, that means you have to buy a new one.

If you enjoy listening to music or hearing your favorite videos on your phone, you’ll need to buy some wireless headphones. The Apple iPhone 12 also doesn’t come with the traditionally free pair of headphones that would plug into your phone’s audio jack port or lightning port. No doubt Apple made this move to help with the sale of its Apple Airpods, which retail in a range from $159 for the basics, to $249 for the pro model.

It seems every time a new phone model is released, Apple makes a change that requires its users to spend additional money to be able to keep up with the technological advances the company has made. At some point, even the dedicated Apple fans will grow tired of being counted upon to hand over their money just for the latest upgrade. I can say this because I’m getting there myself. Although the new phones come with improvements, they aren’t enough to convince me that I need to take the leap and buy the new phone and all of the necessary accessories.

I don’t know if I’ll ever make the switch and get off the Apple bandwagon, and I probably won’t because the company just makes some awesome stuff. But if I do, it will probably be the company itself that leads me to do so.