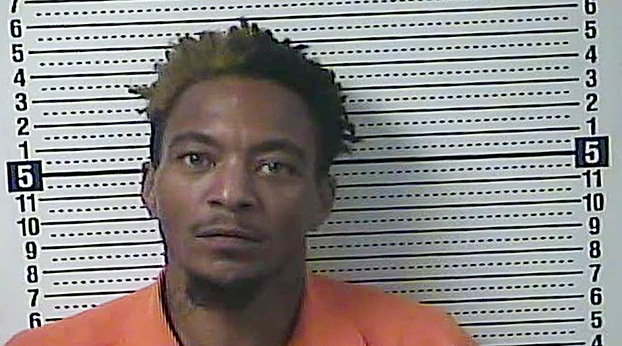 Danville Police responded to a call on Friday, Oct. 16, regarding an altercation in progress with weapons involved.
Upon arrival officers located the involved parties leaving the area in two separate vehicles. Officers were able to conduct a traffic stop on one vehicle, but the other failed to yield when officers attempted to stop it, leading to a pursuit.
During the pursuit two passengers exited the vehicle and were detained by police. The driver of the vehicle continued east on Lexington Road at speeds exceeding 100 miles per hour before the pursuit ended behind Green Leaf Shopping Center.
The vehicle suffered a deflated tire during the pursuit, and once stopped, the operator, identified as Conta Hill, 33, of Louisville, was taken into custody without incident.
Officers were able to locate and speak with all parties involved, along with other independent witnesses. A verbal altercation occurred over money, and officers have determined Hill brandished a firearm before he and others fled the area. Officers did recover shells and a magazine from the scene and in Hill’s vehicle. It is believed that Hill threw the weapon from the moving vehicle during the pursuit. Officers were on scene for several hours attempting to locate the weapon. Hill was charged with possession of a handgun by a convicted felon, tampering with physical evidence, wanton endangerment, unlawful imprisonment for initially not allowing his passengers to exit the vehicle during the pursuit, fleeing and evading police 1st degree, operating a motor vehicle under the influence, reckless driving, no insurance, speeding, no operators license, and open container.
The investigation is ongoing and more charges could follow.