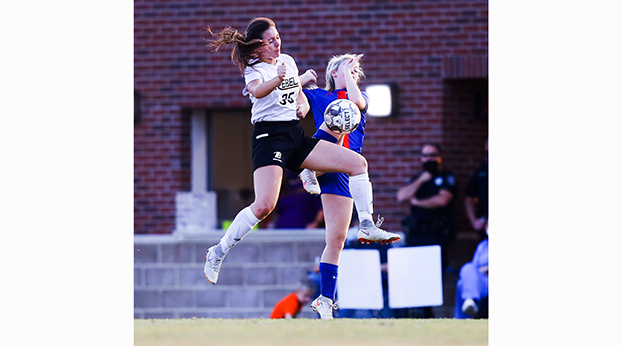 Senior Lindsey Warner battles a Southwestern player for the ball as the Lady Rebels came away with a 2-1 win in the opening round of the 12th Region Girls’ Soccer Tournament. (Commonwealth Journal)

Two perennial powerhouses of 12th Region girls’ soccer clashed on Thursday night and the game was as hard fought as ever.

The Boyle County Rebels and the Mercer County Titans came in knowing that it would be the end of the line for one of them, and neither team was about to let that happen easily. 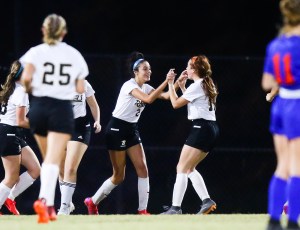 The Titans have had a fantastic season and had beaten the Rebels 6-2 in their last meeting, so the Rebels knew that their work would be cut out for them, but this was just an extra incentive for Boyle County.

The Rebels came out with great effort and put immense defensive pressure on the Titans, but they still found themselves down 1-0 at half after a Mercer County goal inside of the first 20 minutes.

The Rebels came out strong yet again and continued their effort and pressed Mercer, but the Titans’ talented attack was too much for Boyle’s defense.

Mercer put three goals into the Rebel net in the second half and finished the game with a 4-0 win. 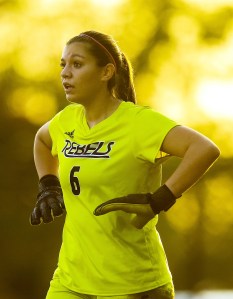 They all had wonderful careers and made a personal impact on every player on the team. Each of them was a very different player and person, but they should all be proud of themselves and of what they have accomplished in their time with the Boyle County girls’ soccer team.

The Mercer County Titans will face West Jessamine in the regional finals in Somerset on Thursday night.