For the first time in 55 years, Boyle and Danville will not meet on the gridiron 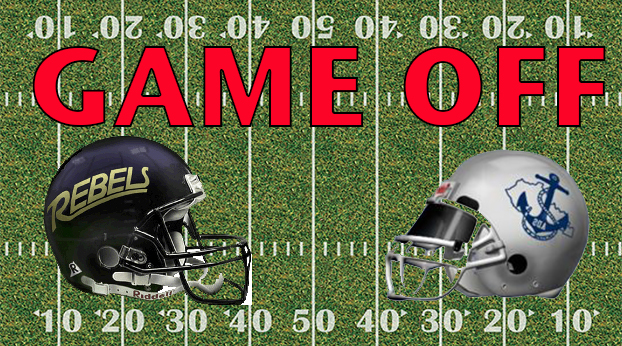 If we’ve learned one thing about playing sports pandemic, it’s that everything is subject to change.

That includes long-standing rivalries such as the annual Danville-Boyle County football game, which won’t be played this season for the first time since the series began.

Both Boyle and Danville will attempt to make up district games Nov. 6, the day originally designated for the Title Town showdown when the two teams reconfigured and reduced their 2020 schedules from 10 games to eight.

New opponents appeared on the KHSAA schedule and scoreboard website for both teams soon after Boyle’s scheduled district game at Bourbon County last Friday was called off.

The Boyle-Bourbon game was originally canceled after Bourbon County was designated as a red county the day before on Kentucky’s COVID-19 incidence rate map, and Boyle began looking for another opponent. However, Boyle was unable to find another game on short notice and did not play last week.

The Boyle-Bourbon game was then returned to the schedule for Nov. 6, the final Friday of the regular season, and Danville’s district game at Washington County that was postponed Oct. 16 was rescheduled for the same date.

That means the Danville-Boyle series will be interrupted for the first time since 1965, when the Admirals and Rebels played to a scoreless tie in their first meeting.

Southern has won three straight games after an 0-2 start. The Eagles defeated West Jessamine 35-6 in their most recent game Oct. 16.

Southern is averaging 25.2 points and 320 yards per game in a balanced offense led by wide receiver Walter Smith, who leads the Eagles in receiving (20 catches, 278 yards, four touchdowns) and rushing (246 yards, one TD). Quarterback Cole Carpenter has completed 60 percent of his passes for 709 yards and eight touchdowns.

The Eagles’ defense has created 10 turnovers in five games.

This will be the second straight year Boyle and Southern have met after a four-year break in the series. The Rebels defeated the Eagles 42-7 in the regular-season finale a year ago in Berea, after which Southern won two playoff games before losing to Covington Catholic in a Class 5A regional final.