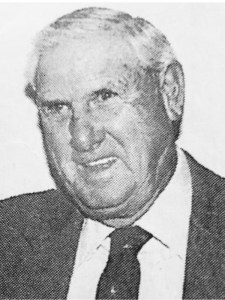 He was born December 13, 1923 in Garrard County, the son of the late Charles L. and Marie Ray Scott. A lifelong resident of Garrard County and a member of the Lancaster Methodist Church.

Charles served in the US Navy during WW II. He was on the beaches of Normandy on D-Day. Having survived that invasion, he was sent to the Pacific and was in the battle of Iwo Jima. He was injured in the arm and pulled back but remained there to see the flag raised at Iwo Jima. He was a recipient of the Purple Heart for bravery and his service to his country.

Funeral services will be held Wednesday, officiated by Rev. Daryl Hodge, at Spurlin Funeral Home, Lancaster. Visitation will begin at 10:00 with services at 2:00 with burial following in the Lancaster Cemetery.