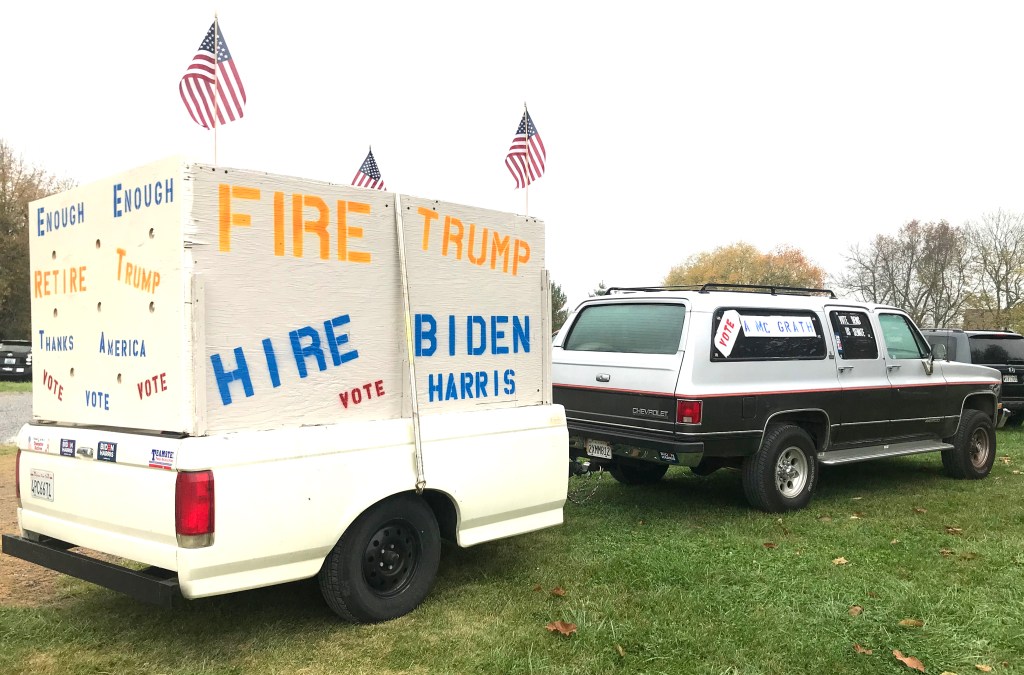 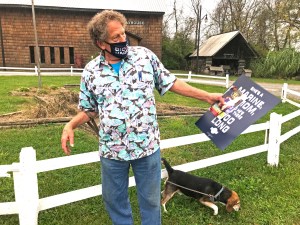 Steve MacDonald, who attended the Boyle County Early Vote Meet & Greet event at Pioneer Playhouse in Danville on Oct. 28, gestures toward his Chevrolet Suburban, which he uses as a campaign tool for Democratic candidates. When MacDonald, who is from California, saw McGrath debating against Sen. McConnell on C-Span, he sent her $100 right after the debate and decided he was going to Kentucky to campaign with her. He has traveled across several states campaigning with local Democratic parties, changing the sign on the side of his car depending on who Democratic candidates are in the state he is passing through. In Kentucky, the name Amy McGrath was on his car. MacDonald joked that his dog, Buddy, a 10-year-old Beagle who travels with him, is his “campaign manager.”

On MacDonald’s trailer attached to his Chevrolet Suburban, he has the words “Fire Trump,” a play on how Trump told people they were fired on the reality TV show “The Apprentice.” On the trailer are also the words “Hire Biden/Harris” and “Vote.” “Believe me — I get a lot of looks when that thing’s going down the highway,” he said. He said he goes to shopping malls and other sites campaigning. He has a Fire Trump Tour 2020 GoFundMe page and a Facebook page and also has had a story written about him by his local paper, The Reporter, in Vacaville, California, which features more information about him and his travels.

Sheriff’s office to get body cameras