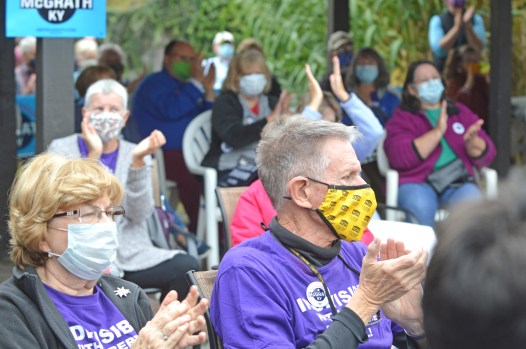 A crowd in masks gathers at the Pioneer Playhouse for a Boyle County Early Vote Meet & Greet. Here, Amy McGrath spoke of her plans to “rebuild Kentucky,” according to an event description. The event was an official campaign event and also celebrated early voting, according to the event description. Hank Linderman (D) and Lydia Coffey (D) also spoke at the event. (Olivia Mohr photo) 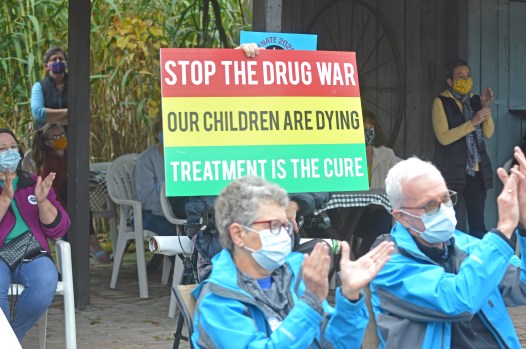 A man holds up a sign during the Early Vote Meet & Greet event that reads “Stop the drug war. Our children are dying. Treatment is the cure.” (Olivia Mohr photo) 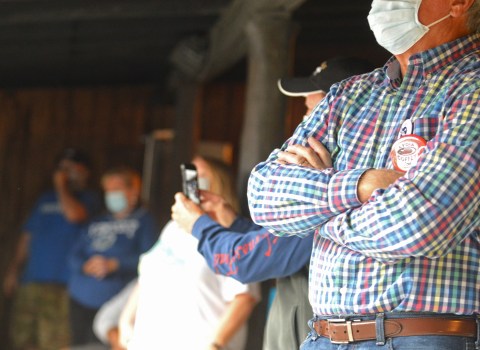 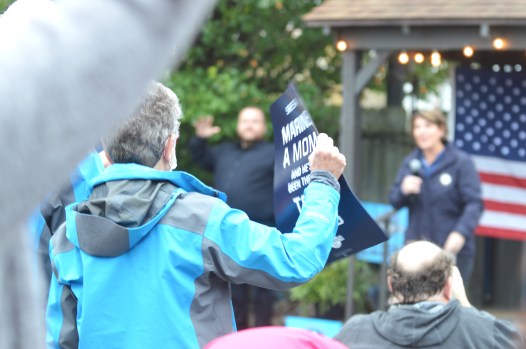 Attendees at the Boyle County Early Vote Meet & Greet stand and cheer for Amy McGrath, who stands on the stage in front of the crowd. (Olivia Mohr photo) 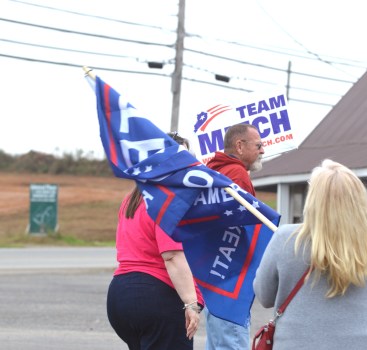 Amy McGrath’s stop in Boyle County drew a group of protesters who stationed themselves in a parking lot near the road outside of Pioneer Playhouse. They waved “Trump 2020” flags and held “Team Mitch” signs in support of Sen. Mitch McConnell and signs in support of President Donald Trump. A sign by the lot read that the parking lot was private property but protesters were welcome to gather there to park and protest. (Olivia Mohr photo) 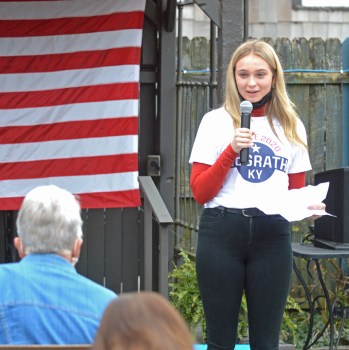 A junior from Centre College gives a speech at the close of the speeches. She said Sen. Mitch McConnell has held his position as a U.S. Senator for 36 years, which she noted is nearly twice as long as she has been alive. (Olivia Mohr photo) 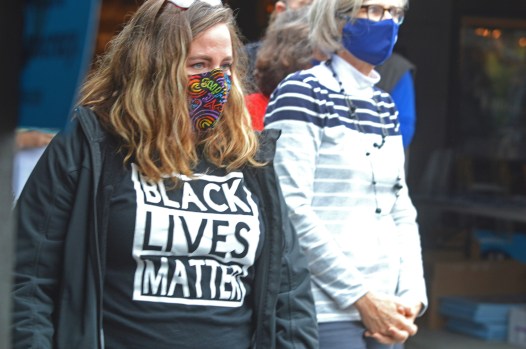 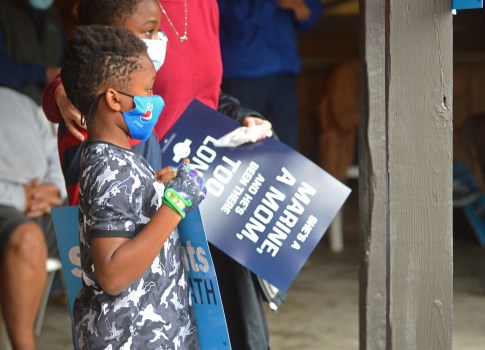 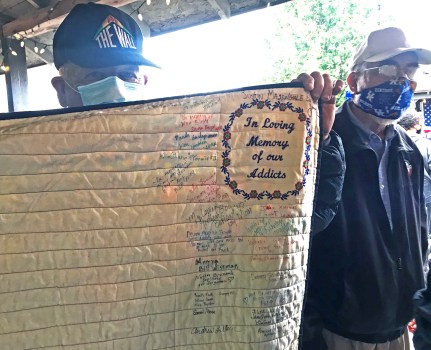 A man at the Boyle County Early Vote Meet & Greet poses with a quilt signed by multiple people that reads, in embroidery, “In Loving Memory of our Addicts.” The same man held up a sign that read “Stop the drug war. Our children are dying. Treatment is the cure” during the event. He said the quilt was made by a woman who had struggled with addiction for years herself. (Olivia Mohr photo)

During her speech, McGrath spoke of the importance of not getting rid of the Affordable Care Act and instead making it better, the importance of rural broadband, raising the minimum wage, providing universal pre-K, providing paid family leave, tackling racial injustice and education gaps and other issues she has emphasized in her campaign.