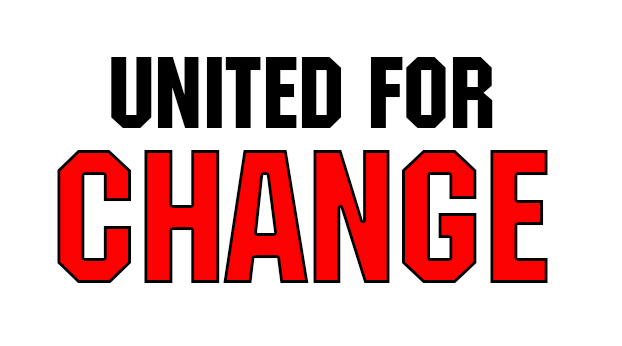 Officials feel there is oversight provided with laws already in place, but will move forward with additional training

The city of Danville has taken a “list of demands” to heart that was shared with it over the summer by members of the local Change group. City officials say they have already discussed organizing a better way to resolve certain issues,

United for Change-Danville presented its list during a past city commission meeting, which was met with some plans in order to provide extra training, like in the areas of diversity, and to ensure all city departments are free of discrimination and of “offensive and harrassing behaviors” to be acknowledged by all employees.

Cheryl Burton, who heads up the group, says the list of demands represents collective efforts by Danville citizens to address inequality in the city. It includes what the group says is a need to increase transparency in city government decisions.

Burton says the group also aims to get some type of citizens’ review board, which was first aimed mostly at acknowledging and resolving complaints against law enforcement.

But she says the review board is also needed for city employees, “to look at any complaints from the community — citizens, city employees included.”

Burton says she feels employees should be able to bring complaints to this board, which should be made up of “every-day working people, who have been vetted, who are not already in bed — so to say …” with local officials. She says in discussing the issue with the city, Change was given the Citizens Concerned with Human Rights (CCHR) group as an example of a layer that already exists for people to express concerns and complaints to.

But, she says, “We don’t want any groups who are intertangled with the city and county to be doing any kind of review.”

Where employees are concerned, Burton says, “if they don’t feel like they’re getting treated well, and they are afraid to talk to their boss, maybe someone on the board would be their extra layer to communicate with them, because they’re afraid of retaliation.”

She says, “City and county government isn’t a place where employees feel heard on issues. Some are scared to say things because of retaliation. The review board could add that extra layer.”

“Thank you for giving us the opportunity to communicate and reiterate what was found after a thorough review of our internal systems and policies,” said City Manager Earl Coffey, who just recently took over the helm after a stint as interim manager.

Coffey says that — as discussed at the commission meeting earlier this summer, “the existing city policy ‘infrastructure’ is very robust in addressing areas of concern outlined by the citizens’ United for Change group.”

He says that many areas were “already being addressed in some form or other including within specific city policies or police practices.”

Coffey says that what was suggested by the internal review, and subsequently discussed with the Change group, “were several items, not limited to, but for example: work to ensure we are truly an equal opportunity employer by reviewing hiring practices.”

Discussions have also been held, he says, about engaging, interacting and communicating more with appropriate groups, such as CCHR and the Change group, including inviting them to present at commission meetings. The city also has been considering how the Ethics Committee can play a role to positively impact race relations.

Coffey says the city will review internal training, such as implicit bias, and plan workshops to continue an open dialogue with the commission and community.

“Here’s the key, though — the Department of Labor and case law rules govern what we do. State laws really govern the employees’ and employer rights in both directions. Creating a separate oversight board can violate the legal position your employees have.”

“If you create a situation where a board gets to engage with the employees’ personal relationship with the agency, who they are employed by, it risks exposing their rights.”

Coffey says several discussions about the ideas have occurred with City Attorney Stephen Dexter, who has offered some legal guidance in the area.

“There’s so many layers to that from a legal basis, that you have to think through it very reasonably …” Coffey says. “As it relates to the law enforcement, for example, the sheriff’s office is an elected position. The chief of police is appointed by the city commission, so it’s very challenging to have a single board that’s appointed to oversee both agencies … they are structurally two different things.”

Coffey says the city has looked at its own structure to see if a board like that already exists.

And Coffey says what Dexter has pointed out, “(CCHR) is there to meet and hear concerns of citizens. We’ve identified it as one possible source as a sounding board,” and that perhaps this already established board can be “better utilized; it’s probably underutilized.”

He says CCHR’s founding was premised on treating people fairly and with respect, and that it was “organized to hear complaints.”

Also, the ethics board, the internal human resource process, the Police Officers’ Bill of Rights … “so many legal aspects to oversight that creating another layer seems to actually expose both the citizen and employee …” So they began reviewing to see “do we have an existing process that provides that oversight we have concern for.”

Coffey says the city must steer away from creating duplicity of purpose for these boards and investigations.

“The city can’t just ignore the legal requirements tied to employment and human rights,” he says.

“A lot of things we could consider, we’re already doing,” Coffey says. “There’s the city commission, we have an HR director, a grievance process, an organizational chart where employees have protection through supervisors …”

Coffey says if the complaint is against the supervisor, employees are instructed to “go to the next layer, and we have the city commission integrated into that as a judicial role, as elected officials. Then a layer of oversight with the ethics committee — their role is overseeing the entire process.

“We won’t want to reinvent the wheel in how we provide internal oversight.”