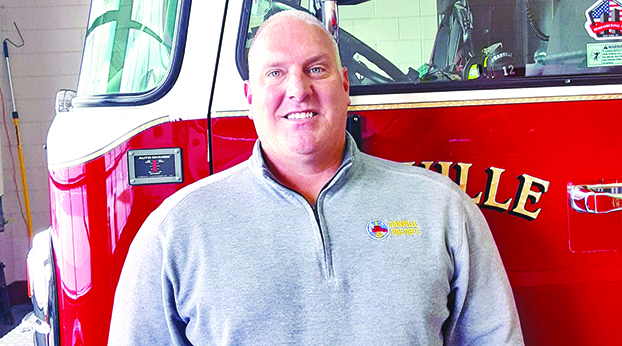 Doug Simpson was selected with unanimous approval as Danville Fire Department fire chief following an executive session at a special-called city commission meeting Oct. 26. Simpson said he is “humbled and excited” by the selection.

According to a press release on the city of Danville’s website, the city contracted with Slavin Management Consultants to do a national recruiting search for the next fire chief following previous fire chief Ken Pflug’s retirement from the position. In this process, more than 50 candidates were screened, narrowed down to six potential hires then narrowed down to three finalists for the position, according to the release.

Simpson said he brings a vision with him to the position.

“I have a strategic vision for Danville Fire Department,” he said. “I’m a forward thinker. I try to look out three, five, 10 years down the road, where we’re going to be at. And, you know, it’s just an exciting time right now. We’re going to have a new fire station being built. We have great staff members here, great firefighters. They do a really good job. They’re all very professional.”

Simpson’s most recent role was interim fire chief for the department while the selection process was underway. According to the release, he has held that position since December 2019. He began with the Danville Fire Department 16 years ago, starting off as a part-time firefighter in 2003, then a full-time firefighter in 2004, he said. According to the release, he also has held the positions of lieutenant, battalion chief, fire marshal and deputy chief with the department.

Simpson grew up in Paint Lick, a town in Garrard County. He went to Garrard County High School, then attended Eastern Kentucky University, where he played college baseball. He was drafted by the Pittsburgh Pirates in 1990 and played two years of professional baseball before he got involved in health and safety. He began volunteering at the Stanford Fire Department, where his fire service career began.

He said looking forward, the number one priority for the Danville Fire Department is getting more staff members. A lot of people might not know what it’s really like to work in fire service, he said, and sometimes it can be difficult especially to get younger people excited about working in fire service.

“We probably need to do a better job showing them what a wonderful place Danville is to work and what a great profession firefighting is,” Simpson said.

One thing of note about working for the Danville Fire Department, he said, is if firefighters work for 24 hours they are off work for 48 hours, ultimately working only 10 days a month unless working overtime or callbacks, he said, so this gives them more time with family, to pursue additional jobs or to go to school.

“And you’re also serving your community as well, which is a wonderful thing in general itself,” he said.

Also looking down the road, Simpson said one thing to consider for the future, though it may be years from now, is looking at a medical model where the Danville Fire Department can have its own emergency medical services. Currently, the Boyle County EMS holds the medical license, he said, and the Danville Fire Department responds with the Boyle County EMS and helps assist them. Looking at data, Simpson said, the fire department gets about 2,000 calls a year, which he said is a lot, and about 60% of those are emergency medical runs.

“That’s a really good thing because we’re there for citizens and get there quickly,” he said.

Simpson said he is looking forward to his position as fire chief.

“It’s been a dream of mine since I got into fire service 18 years ago to volunteer,” he said. “It’s been a wonderful journey, and I look forward to it. It’s going to be a challenge, but we need challenges in our lives.” 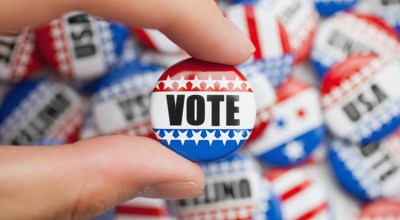