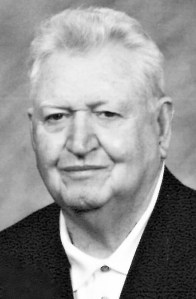 Buddy was a lifelong farmer and a U.S. Postal Service rural mail carrier in this area for several years. He later worked at Kroger as a meat cutter where he was frequently asked to help at another location because of vacations, sick leave and other absences. He loved people so filling in at other stores gave him the opportunity to easily become acquainted with those in other locations. He was seldom out and about without seeing someone he had known at one of those temporary stays.

Being reared on a farm, he loved farming and working with the animals, he also followed the play of the Cincinnati Reds and the University of Kentucky games. He loved his family and his church, the First Baptist Church, where he served many years as a deacon, worked with the youth, taught children’s Sunday School classes and adult classes.

He is survived by his wife of 72 years, Mary Lee Houchin Furr; a son, David (Dorsey) Furr of Danville and their three sons, their wives and children: Christopher (Mindy) Furr of Lexington and daughter, Bailey; Jason (Beth) Furr of Lexington; and Marc Furr of Portland, Oregon and daughter, Eleanor. W. H. is survived by several nieces and nephews. He was preceded in death by his parents; his in-laws, Charles Ard and Mary Bird Houchin; his sister-in-law, Amelia (Jesse) Stinnett; and brother-in-law, Ard Thomas Houchin. W. H. was the second of three children and was predeceased by both Montie (Charles) White, a half-sister; and the late Floyd (Barbara Gulley) Furr.

Some of his finest characteristics, though, were his acts of kindness and generosity, especially to those in need or who found themselves in situations where he could be of help. He was a blessing. He will be missed. The online guestbook is available at www.stithcares.com.