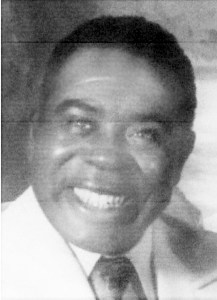 He worked as a plasterer for many years and retired after 20 years from Proctor and Gamble in 1988. He was a member of the Doric #18 Masonic Lodge, various farming and civic organizations and served 9 years as County Committee Advisor for Lincoln County Farm Service Agency before retiring in 2007.

He is survived by his sons: Larry (Jo Ellen), Bill (Anna), and daughter Bettie (Alvin) and a host of grandchildren, great and great great grands and other relatives. He was preceded in death by his wife, daughter, Naomi Anthony and grandson Robert Scott Jones.

Services will be held Tuesday November 10th at the Showroom in Danville. Visitation at 11. until time of service at 12:00 noon. Smith-Jackson in charge of service.