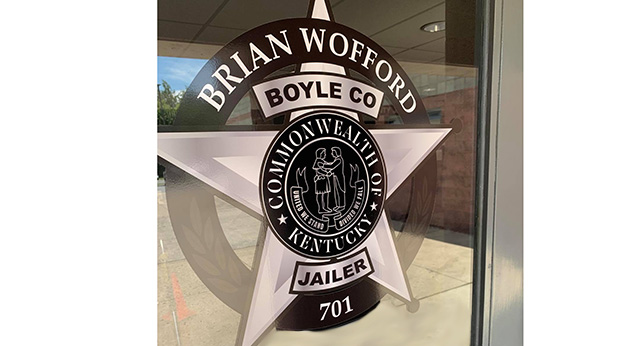 The Boyle County Detention Center is experiencing a significant increase in pregnant women who have been arrested, according to Jailer Brian Wofford.
In a normal year — before the COVID-19 pandemic — Wofford estimated that between one and six expectant women were incarcerated. So far this year there have been about 20 pregnant inmates. “There are a lot of COVID babies,” Wofford said.
Talking to the Boyle County Fiscal Court Tuesday morning, Wofford said most of the pregnant inmates were in jail on drug-related charges, and were addicts themselves.
“Every pregnant inmate is taken to the University of Kentucky Hospital for a checkup,” Wofford said. It’s dangerous for a woman to go through detox while pregnant, so a jail deputy transports them to UK. Depending on how far along in her pregnancy she is and if she has a drug addiction, UK may keep her for a week to receive neonatal care. Or they may send her back to jail with a medical plan for the jail’s medical team to follow, Wofford said after the meeting.
Whether she’s there for a day or a week, a deputy jailer has to stay with the inmate, he added.
When it’s time for the mother to deliver her baby, Social Services steps in and determines if a family member of someone else will care for the infant while the mother returns to jail, Wofford said.
The pandemic has also increased the number of inmates who are suffering from severe mental illness, he added. And many others have health issues where they need hospitalization, Wofford said.
On top of that, the jail’s population numbers are increasing now that the court system is processing the offenders.
Inmates who are taken to the hospital have to be accompanied by a deputy jailer. And a deputy must stay with the patient 24/7 he said. It puts a strain on the jail when a deputy has to be pulled off of a shift or put on overtime to be with the hospitalized inmate.
Wofford told the magistrates that the isolation cells where inmates are quarantined for several days after being booked, or who are on suicide watch are full.
He said as of Tuesday morning there were 193 inmates.
“We’re full. We’re running out of space.” Later in the day he said the jail was limited on how much space could be used for quarantining inmates.
Wofford said they have had a few positive cases of the virus in the past few months. But if there is a severe outbreak at the jail, “We’re all going to have it.” If that happens, jail employees may have to “shelter in place.” Perhaps even sleeping on mats in a office somewhere in the jail, he said.
Wofford said on Monday, they tested 33 inmates and four staff members for the virus. He said if all four employees test positive, “I don’t know what I’m going to do.”