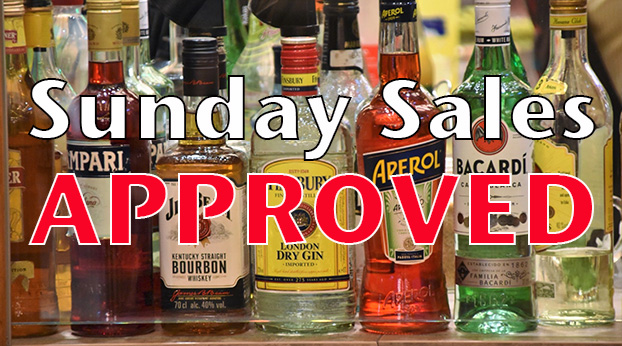 Alcohol can now be sold for an 8-hour period on Sundays in Perryville.

Since the purchase of the equipment is in response to the COVID-19 pandemic in that it would make the meetings more accessible to the public without the need to physically attend meetings, there is a chance expenses for equipment could be reimbursed.

Perryville’s city council meetings are currently livestreamed and put on the city’s Facebook page, but Bill Nichols, director of IT for Boyle County Fiscal Court, who spoke during the Nov. 5 meeting and gave his recommendations on equipment and potential action the city could take, pointed out that the meetings can be difficult to hear clearly with the quality of recording they have currently, and it can at times be difficult to distinguish who is speaking and what is going on.

“As you all know, we’re probably going to be in this condition for a while,” he said during the meeting about the pandemic.

The equipment discussed during the meeting to be purchased are computer software and a laptop should City Clerk Mary Sleet or someone else need to work from home and need the resources to do so, an iPad to adjust the one or two PTZ cameras the city plans to purchase, and eight microphones for meeting recordings. Currently, Sleet said during the meeting that if she needed to work from home, she doesn’t think she’d be able to since she doesn’t have access to a necessary laptop and software from home. The software, laptop, iPad, camera or cameras and microphones the city wants to purchase should cost about $4,000 altogether. Nichols said all of that money should be available for reimbursement through the Kentucky Department for Local Government. Mayor Brian Caldwell said the city has had luck with the department during the pandemic.

“Thus far, they’ve been really good about reimbursing anything that we need to deal with COVID-19,” Caldwell said.

The reimbursement, should the city receive it, would come from the Coronavirus Aid, Relief and Economic Security, or CARES, Act funds allotted to reimburse local governments for COVID-19-related expenses incurred between March 1 and Dec. 30, according to the Kentucky Department for Local Government. To apply for reimbursement, the city would need to make the purchase of the items before Dec. 31.

Wood signs to play for Louisville