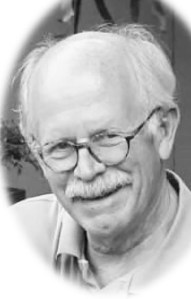 Thomas Wayne Jonas, 75, died November 10, 2020 after a brief illness. Tom was born in Seattle, Washington to the late Robert Wayne and Vivian Elaine Jonas on June 23, 1945. He grew up in Sioux City, Iowa, where he absorbed mid-western values of hard work, self-reliance, thrift, patience, and perseverance. He served in the Army National Guard, attaining the rank of Sergeant.

Upon graduation from Wayne State College in Nebraska, Tom headed for Denver, Colorado to begin a 17-year career with advertising agencies in Denver and in St. Louis, Missouri. His accounts included national brands from airlines to pet food. Tiring of the corporate life, he and his wife Susan bought Liberty Hall Inn in Pendleton, S.C. They successfully operated the inn for 14 years, gaining national recognition thanks to Tom’s management and hosting skills. After moving to Kentucky in 2001, Tom began a career as a realtor, smoothing the way for countless clients to buy and sell property. He most recently worked as a realtor for Guerrant Real Estate in Danville.

He and Susan owned five historic houses during their 48 years of marriage. Out of necessity, Tom taught himself to build or repair just about anything, indoors and out. Last year he singlehandedly designed and constructed a beautiful little workshop in the back yard that looks nice enough to live in. His greatest joy was being with family, especially his four adored grandchildren. A day spent fishing and boating with them was his idea of perfection. He was a member of the Presbyterian Church of Danville, where he had served as a Deacon, and Crow Station Investment Club.

A private graveside service will be held at Walnut Hill Presbyterian Church in Lexington, Kentucky. Rev. Caroline Kelly and Rev. Mike Ward will officiate. A memorial service will be held at the Presbyterian Church of Danville when pandemic restrictions allow. Memorial donations are suggested to Walnut Hill Church Cemetery Association, 575 Walnut Hill Road, Lexington, KY 40515, or to your favorite charity. Online guestbook available at www.stithcares.com.