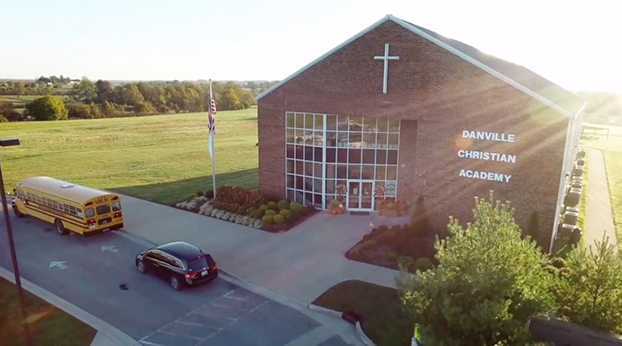 A federal judge ruled Wednesday that a part of Gov. Andy Beshear’s executive order requiring private and public schools to stop in-person classes until January infringes on their constitutional rights.

U.S. District Judge Gregory Van Tatenhove said the order cannot apply to private, religious-led schools across the state but can remain for public schools. He granted a preliminary injunction to 17 private Christian schools that had filed a lawsuit against Beshear’s emergency restriction.

“The governor is enjoined from enforcing the prohibition on in-person instruction with respect to any religious private school in Kentucky that adheres to applicable social distancing and hygiene guidelines,” Van Tatenhove wrote in the order.

Danville Christian Academy in Boyle County and Attorney General Daniel Cameron filed their lawsuit against Beshear on Nov. 20 in U.S. District Court for the Eastern District of Kentucky to seek a statewide temporary restraining order for the ban on in-person classes.

“The court prohibited the Governor from enforcing his executive order and unequivocally stated that the Commonwealth’s religious schools can resume in-person learning,” Cameron said in an email. “This is not the first time during this pandemic where religious exercise has been threatened, first with the prohibition on drive-in church services, then in-person worship services and now in-person instruction at religious schools.”

The Danville school was represented by attorneys from Texas-based First Liberty Institute who asked why in-person classes should have to stop when religious-based schools are connected to churches that can keep having in-person worship services.

The govenor recommended, but did not mandate, that churches not meet in-person until Dec. 13.

“The Governor has every right to impose some restrictions on all schools, religious and secular alike,” the judge wrote. “Social distancing, face masks, limits on class size, reporting requirements, and other protocols may cost money and may be inconvenient for parents and students, but we give executives increased discretion in times of crisis.

“But in an effort to do the right thing to fight the virus, the Governor cannot do the wrong thing by infringing protected values. ”

Elementary schools not in “red” counties, which average 25 or more new daily coronavirus cases per 100,000 residents, can resume in-person classes Dec. 7 as long as they follow the state’s “Healthy At School” guidance, according to Beshear’s order.

Crystal Staley, a spokesman for Beshear, said his office had already appealed to the Sixth Circuit requesting an emergency stay of the judge’s order and would appeal to the U.S. Supreme Court if necessary.

“We are disappointed but not surprised that Judge Van Tatenhove, for the second time, has refused to acknowledge the U.S. Supreme Court decision that found an action like this is both legal and constitutional,” Staley said.

Cameron said the court pointed to the many activities that the governor has allowed to continue while banning in-person instruction at religious schools.

The court  “wonder(ed) why under this  executive order, one would be free to lecture, go to work, or attend a concert, but not attend socially distance chapel in school or pray together in a classroom that is following strict safety procedures and social distancing.”

Kentucky House Speaker David Osborne, R-Prospect, weighed in on the ruling, saying it “confirms our belief that as Americans we possess rights so sacred they must be preserved regardless of the circumstance.  No one doubts the severity of this virus, nor questions the need for our state to act on behalf of public health. However, there is a right way to accomplish the task at hand, one that does not run afoul of constitutionally-guaranteed liberties.

“Regardless of whether we agree or disagree with the effect of the policy, this ruling sends a strong message that following the appropriate process is critical and drives home the need for input and collaboration from not only other elected officials but also the very people impacted by executive orders and guidelines. If we are ‘all in this together’ then one person cannot arbitrarily determine that their power surpasses the Constitution.”