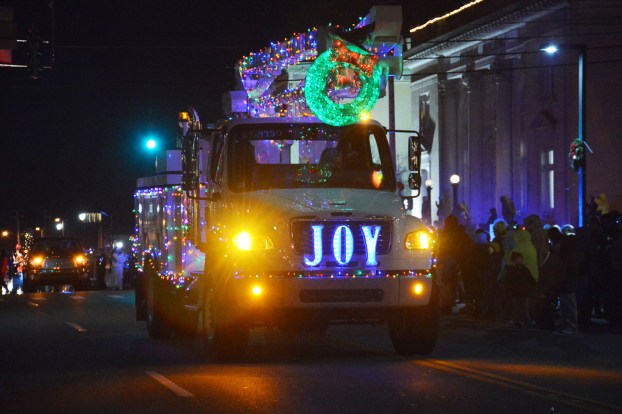 Editor’s note: The parade has been canceled due to a lack of entries, according to the City of Danville’s Facebook page.

The Heart of Danville will host a reverse Christmas parade as the city attempts to put on Christmas festivities adapted to the COVID-19 pandemic.

Danville’s Christmas parade is planned to be Dec. 5 at 6 p.m. Junction City will not be having a Christmas parade. Danville also plans to have a tree lighting ceremony on Dec. 4 at 6 p.m., though this year it will look a bit different from years past.

During a special-called city commission meeting on Nov. 23, the Heart of Danville provided an update, which included discussion of the planned upcoming Christmas parade. AnnYager McCrosky, president of Heart of Danville, said the parade is dependent on mandates from Gov. Andy Beshear and on participation, but as of now, it looks like it will happen.

She said the way it will work is that floats will be in front of every other building during the parade so everyone involved is socially distanced. The “reverse” aspect of this parade is that instead of the floats moving down the road, viewers will be moving — they can drive down Main Street, looking at the floats.

McCrosky said Heart of Danville is working with the local radio station so viewers can turn on hometown radio live and hear about what they are seeing as they drive through.

She said Police Chief Tony Gray has said he wants the parade to start at 5th Street and stretch to 2nd, and she said the Heart of Danville is hoping for the arrival of Santa and the Boyle County band at the corner of 2nd and Main streets to end the parade. Heart of Danville has been having discussions with Brent Blevins, public health director with the Boyle County Health Department, to make sure the idea for the reverse parade would be doable and safe during the pandemic and so there would still be a sense of community, McCrosky said.

If the parade doesn’t work out, she said the hope is that since Santa will be in town, Heart of Danville will at least have a livestream with him.

Also during the Nov. 23 meeting, City Clerk Ashley Raider gave an update on this year’s plans for the tree lighting ceremony. She is unsure whether there will be able to be a musical performance, and anyone from the public attending is asked to wear a mask and practice social distancing. The ceremony will take place in Weisiger Plaza by the Boyle County courthouse on Main Street.

There is also expected to be a livestream of the ceremony on the city’s Facebook page so those who cannot attend in person can still watch it, and Heart of Danville has also asked to livestream it on their Facebook page, which Raider said the city will allow them to do.

‘On top of the world’: Wray to travel to New York for theater program

Alyssa Wray is headed to the bright lights of New York City. Wray is the daughter of Perryville councilman Chad... read more