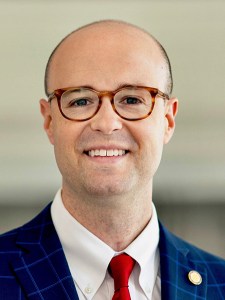 The last few days have been quite eventful concerning religious liberty and education in Kentucky. In rapid sequence, Governor Andy Beshear issued guidance closing all schools in Kentucky, including private religious schools. Questions immediately arose, as did legal challenges, whether the governor’s authority over legitimate areas like public health can extend to private education.

On Wednesday of last week, federal judge Gregory Van Tatenhove halted the Governor’s orders, proclaiming them an overreach related to private education and a violation of the First Amendment’s guarantee of religious liberty. In a memorable quote, Judge Tatenhove wrote that “if social distancing is good enough for offices, colleges, and universities within the Commonwealth, it is good enough for religious private K-12 schools that benefit from constitutional protection.”

The governor immediately appealed the decision to the Sixth Circuit Court. On Sunday, the court ruled in the Governor’s favor and against the schools and Attorney General Daniel Cameron, who brought suit.

That leaves private religious, educational institutions in a precarious situation. As of this writing, no one can predict what path private institutions will pursue, but among them are civil disobedience and appealing to the United States’ Supreme Court.

What should we make of this situation?

First, as a good citizenship measure, no one should doubt Governor Beshear’s intentions. We can disagree with his decisions, but I believe as Governor, he is taking his charge seriously to protect the citizens under his watch. But, like anyone else, he can only exercise judgment according to wisdom and the available data. Governor Beshear is in an unenviable position, balancing public health alongside concerns about the economy, civil liberties, and growing exhaustion at the pandemic’s continued disruptions.

In light of this, as Christians, we are to pray for our public officials and give honor to whom honor is due (1 Tim. 2:1-2; Titus 3:1; 1 Peter 2:13-17). As much as I disagree with the approach taken concerning private education, one can disagree and still believe Governor Beshear is acting based on goodwill.

However, the Governor’s benevolent intentions do not allow him to escape scrutiny and criticism from actions that can be rightly judged as flawed. From this perspective, his policies are misguided, and his priorities are misplaced. In the long term, they may prove detrimental to the very cause he is seeking to protect as children are plagued by skyrocketing mental health issues and poor academic performance.

Regarding private education, in particular, Governor Beshear is acting arbitrarily, unconstitutionally, and hypocritically. It seems arbitrary to close schools while not closing other institutions. As Judge Gregory Van Tatenhove noted, if social distancing is good enough elsewhere, it should be good enough for institutions as essential and necessary as schools, who work to secure our collective future.

Moreover, consensus indicates that closing schools do not comport with the available data, meaning that such actions are unnecessary and prove harmful as children fall behind. Indeed, infectious disease expert Anthony Fauci recommends opening schools. To be clear, this means that Governor Beshear’s brute action of unilaterally closing schools goes against the nation’s top expert’s advice.

While attempting to apply his rule equally to all schools across the board, Governor Beshear is downplaying how religious institutions enjoy special protections consistent with the Constitution’s First Amendment. While these protections are not absolute, American law has always carved out a unique place for religion, giving it the highest possible protections. Considering that abortion clinics and gaming facilities are allowed to stay open, it seems that Governor Beshear’s compelling interest to shutter one industry but not another fails to meet the threshold of general applicability. It seems dazzlingly bizarre and undermining of one’s credibility to keep gaming facilities open while closing important institutions like schools.

We should believe the best about Governor Beshear while vehemently disagreeing with him. On the issue of private religious education, he is mistaken, and private religious institutions should use every tool at their disposal to pushback against the Governor’s blunt, overreaching policies.

There are many debates about the role of religious liberty during a pandemic in a moment like this. For some, “loving your neighbor” means the willing cessation of any activity that could endanger someone. For others no less interested in loving their neighbors, there are concerns that available data does not lead in the direction of school shutdowns. Regardless of how we understand this moment, we should be clear that religious liberty is never about seeking out the privileged convenience of one religion against others. No, religious freedom is ordered to the common good.

Andrew T. Walker is Associate Professor of Christian Ethics at The Southern Baptist Theological Seminary and the Public Affairs Advisor to the Kentucky Baptist Convention.