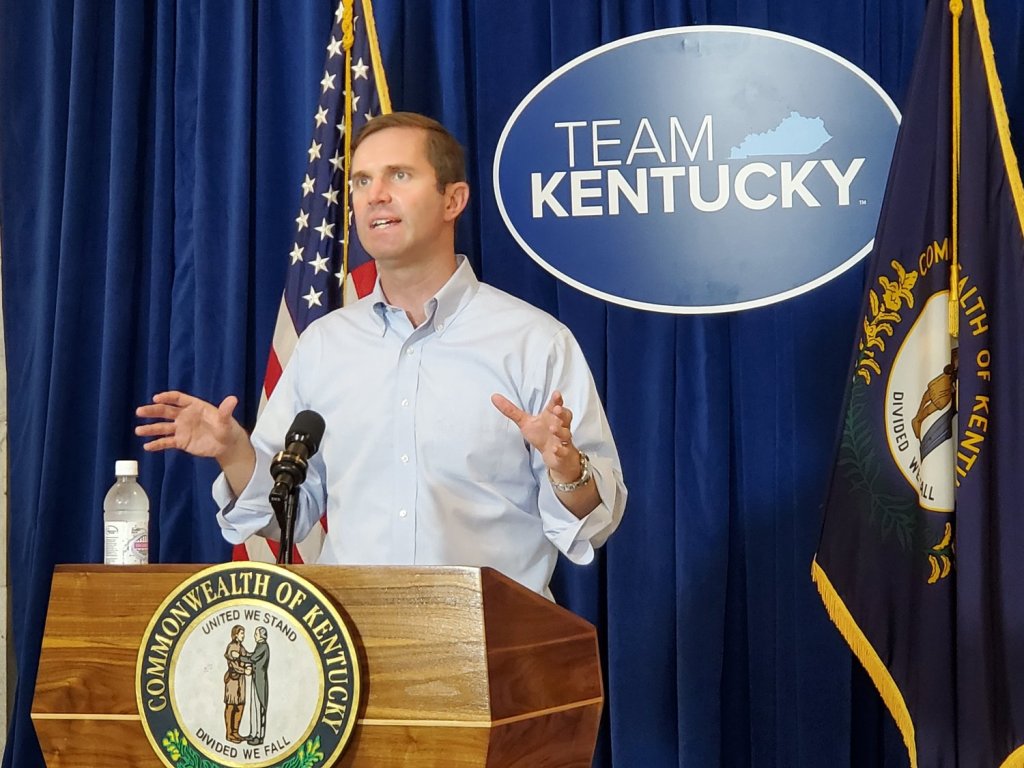 “We’re reporting 3,895 new cases of the coronavirus,” he said during a virtual press briefing. “That is the second-highest day that we have ever had and the highest Thursday that we have had.”

That raises the pandemic total to 190,601 since the first case was reported in Kentucky on March 6.

There were 416 new cases involving individuals 18 years of age and younger, a percentage that continues to rise, said the governor.

“We also have 34 deaths,” Beshear stated. “That’s our third-highest day. Wednesday was our highest, the day before was our second. We’ve had our three highest days of COVID fatalities all in a row, and 118 deaths since Monday alone. We’re now over 2,000 deaths, at 2,014.”

Kentucky’s positivity rate has risen to 10.07%, the highest since widespread testing was available.

Thursday also recorded the most Kentuckians ever hospitalized with 1,810. Of them, 415 are in the ICU and 240 on a ventilator.

Beshear also noted Thursday saw the most deaths in a day from the coronavirus across the U.S., as well as record hospitalizations.

The good news is the first vaccine could be distributed in Kentucky soon, once federal emergency approval is given to the Pfizer version.

“We believe that we could be vaccinating people here in Kentucky as early as December 15,” the governor said. “Our first shipments will be around 38,000, with about two-thirds of it going to long-term care facilities. The other third of vaccinations are intended for our front-line healthcare workers.”

The first 11 healthcare sites were chosen because they are large enough to handle at least 975 doses, which is the size of a Pfizer shipment, and have ultra-low-cold storage.

Each hospital will distribute the vaccine based on their own priorities among staff members.

In addition, 25,350 doses will go to CVS and Walgreens, as the federal government has contracted with these companies to vaccinate long-term care residents and staff.

The Moderna vaccine shipment, which like the Pfizer version, requires two doses, could be twice as large. Moderna is also expected to have its first shipment to Kentucky by the end of the year pending emergency approval by the federal government.

The governor extended the state’s face coverings mandate for an additional 30 days.

This was Beshear’s last scheduled press briefing this week, although he will likely issue daily reports throughout the weekend.