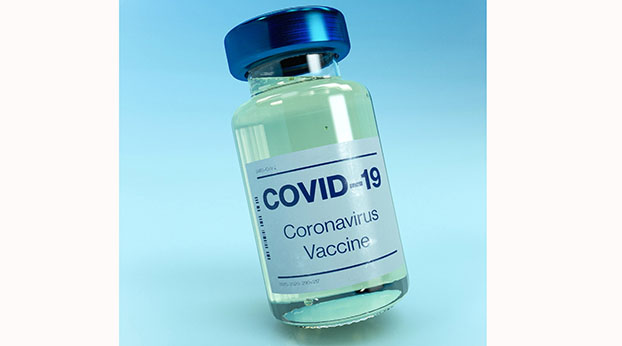 Gov. Andy Beshear encouraged Kentuckians to stay strong in the fight against COVID-19, as the state is just days away from beginning to administer life-saving vaccines.

“These vaccines are right around the corner. Within the next 10 days or so we might be giving out the first vaccines,” the Governor said on Friday. “That means every loss of life and every extra infection that happens between now and then is entirely avoidable. So, let’s fight harder than we ever have and do our part as Team Kentucky.”

Many of the COVID-19 numbers saw a decrease. That includes 3,614 new cases, down from Thursday’s total of 3,895, the second highest daily total reported to state public health officials. Kentucky’s combined positive cases since first reported on March 6 now stands at 194,193.

The number of deaths also dropped to 25, compared to 34 on Thursday, and brought the pandemic total to 2,039.

The Governor also met virtually on Friday with the state’s public-school superintendents and asked them to begin planning for the distribution of COVID-19 vaccines to the state’s education community.

Beshear said he expects the Pfizer two-dose vaccine to become available by Dec. 15 and that Kentucky will receive 38,000 doses in the first round of distribution. The initial doses will go to healthcare providers and nursing home residents and staff, though there won’t be enough to vaccinate them all.

Two weeks later, the state will receive the shipment of the Moderna vaccinations, which is twice as many as the first Pfizer delivery, Beshear said.

After healthcare providers and residents and staff at long-term care facilities, the state will prioritize EMS workers and educators.

“That recognizes the [virus] exposure that educators have within the building,” Beshear said. “But it also recognizes the absolute, critical importance of what they do and how much better in-person classes are.”

While he is unsure when educators will begin receiving the vaccines, Beshear asked the superintendents to begin preparing rosters of school personnel who are willing to be vaccinated. Though the vaccines are distributed at the federal level, state officials will direct where they need to go. He said while it is unlikely that one shipment of vaccines will cover everyone within a school, districts still should consider prioritizing those who have a higher chance of exposure to the virus.