Personal Effects: Ever heard of a glass funnel? 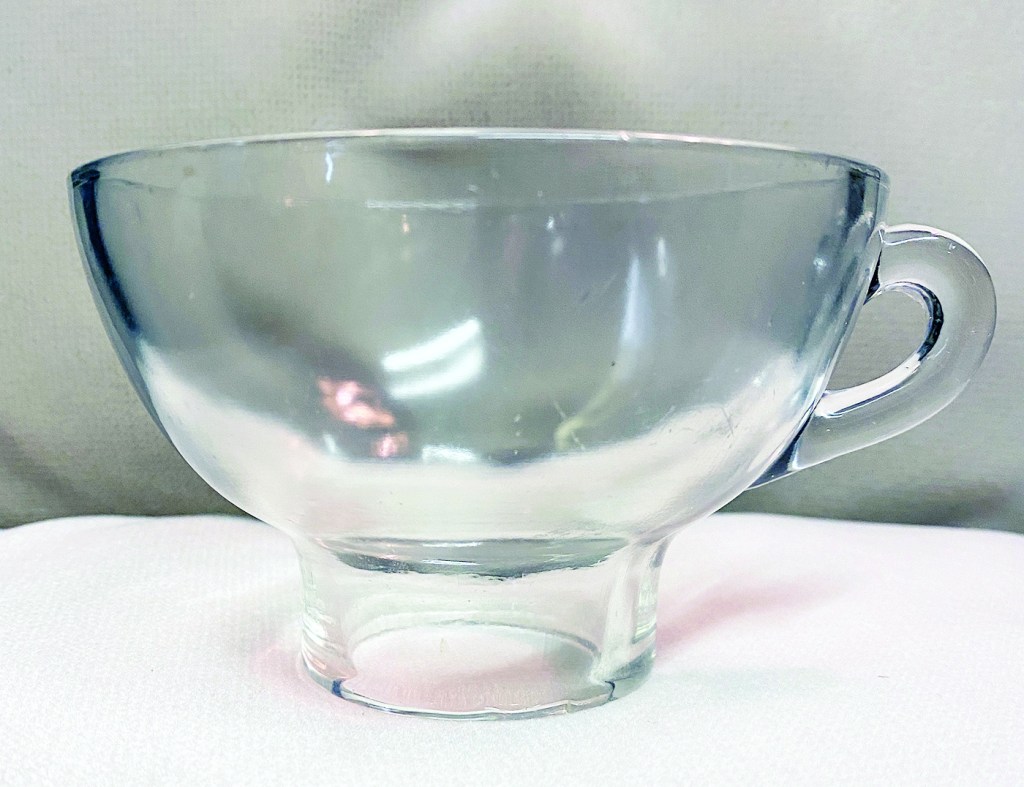 Question: Hey Mr. Jerry. Ever see a glass funnel? Mom had it in her kitchen and now it lives in mine. Any value to it? Why glass and not metal? I haven’t seen one before. I swear for years I thought it was a punch cup. Thank you!

Answer: You have a vintage wide mouth glass canning funnel. I’ve not been able to find a maker. However, I wager that it was Anchor Hocking.

It should date to the 1940s or so. From what I can figure out, there were always glass and metal funnels used in home canning. Then WWII hit, and all the necessary metals were routed towards military use.

But people had to can and preserve for the war effort. So glass funnels became more commonplace. It was then discovered that the glass sterilized quicker, stayed cleaner and didn’t effect the taste of food stuffs the way metal funnels could.

This is one of those things that you hardly ever see in stores but flood eBay. Being glass they did break from time to time.

Prices on eBay, for examples, just like yours, were all over the place. Some as low as $12 and some as high as $24. Yikes that’s high for a funnel. But the prices were current, and with the resurgence in home canning, it makes sense.

Realistically, I think your funnel would be sporting a price tag of about $15 in a retail shop. Thanks for a great question.