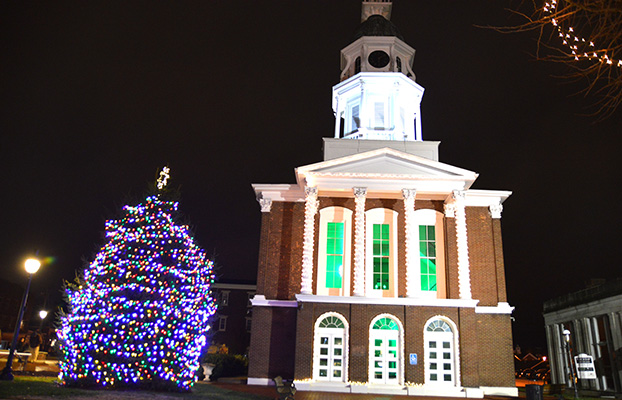 Danville’s Christmas tree was set up at Weisiger Park next to the Boyle County Courthouse. A small group showed up for the tree lighting on Dec. 4 due to COVID-19, but the tree lighting was livestreamed on the Heart of Danville and City of Danville Facebook pages for a larger audience. - Photo by Olivia Mohr

Though Danville’s Christmas parade, which was planned to be a “reverse” parade Dec. 5 where people could drive town Main Street to view floats, was canceled due to a lack of entries, the city’s Christmas tree lighting still took place Dec. 4. It drew a small group of mainly city workers because of COVID-19, but the event was also livestreamed on the city’s Facebook page, as well as the Heart of Danville’s page, so more people could watch the tree shine. The lighting took place at Weisiger Park beside the Boyle County Courthouse. 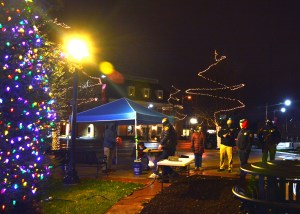 A small group of city workers, including those from city commission, gather for the tree lighting in Danville. – Photo by Olivia Mohr