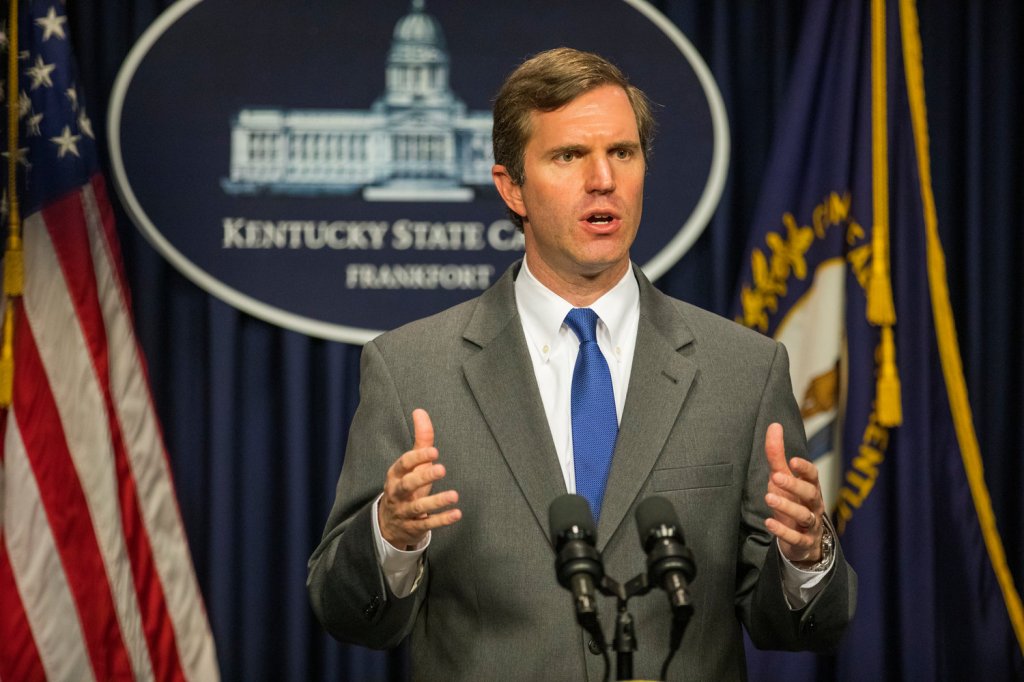 Despite the numerous issues caused by COVID-19 this year, which brought many plans to a screeching halt, Gov. Andy Beshear says his priorities remain the same as when he first took office on Dec. 10, 2019.

“Providing a world-class education to all of our kids, ensuring access to healthcare for all of our citizens, ensuring that our public servants have a solid retirement, and creating good jobs,” he told Kentucky Today in an interview marking the end of his first year.

“Attention has gone to the pandemic, which is the crisis of the moment, but I believe in each of those areas we have moved forward,” Beshear stated.

He points to agri-tech as one of the highlights of his first year, saying that it was a plan and maybe a dream at the time of his inauguration.

“Since then, we’ve entered into an international agreement with the Dutch government and Dutch companies to provide some of the expertise needed,” he explained. “We have opened the largest greenhouse in North America, one of the ten largest buildings we believe in the world, and the most sophisticated LED lighting system ever created, in AppHarvest.”

The company includes a $100 million, 60-acre indoor greenhouse in Rowan County and two others under construction in Madison County. The initial tomato crop is expected to be ready to ship to stores in early 2021. The company expects to employ over 300 people.

A second company, Kentucky Fresh Harvest, has a similar operation in Lincoln County.

“For this state, it can be transformational,” the Governor said, “because instead of chasing jobs of the past, we are investing in industries of the future.”

Another crisis put on the back burner this year due to COVID-19 is shoring up the state’s public pension plans, which are among the most underfunded in the country. Beshear says his plan to address it is simple.

“We are going to pay the necessary amount every year,” he said,” year over year over year. That’s how we dig out of this, one year at a time, making sure we meet those obligations every single time. And you will see a budget that I will submit to fully fund our pension systems.”

Last Friday, the Consensus Forecasting Group predicted an additional $17 million in state revenue between now and the end of the state’s fiscal year on June 30, 2021. Beshear said he fully expects to end the year with a budget surplus, as it did last fiscal year. He says that means next year’s budget is one where there will be an opportunity.

“Opportunity to move forward in our priority areas of healthcare, education, pensions, and jobs,” he stated, “but also where we have an opportunity to be bold in making investments that can create jobs and move the state ahead to where we can also provide some relief to those who have been harmed the most by the virus.”

He says he is still hopeful that Congress will pass more aid such as the CARES Act, which under the current law, must be spent by the end of the month. He says any unspent funding will pay down the federal government’s loan for Kentucky’s unemployment insurance program.

Looking toward 2021, Beshear says he wants to continue pursuing the priorities set when he took office.

When it comes to economic development, Beshear says you haven’t seen anything yet.

“While my first year has been dominated by getting us through this virus, next year we’re not only going to get the vaccines out to beat this virus, we’re going to start building that post-COVID economy, where I think we’re going to have good jobs, even great jobs, available to Kentuckians.”

When asked if, given the pandemic, he had any second thoughts about seeking the office of Governor, Beshear replied, “even with the pandemic, and even with the difficulties that have come with it for Kentucky families and mine, even with all of the opportunities that the office provides which have been pared back by COVID, yes I would still do it.”