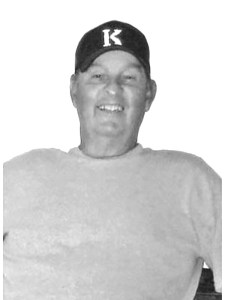 William W. “Billy” Gilbert, 80 of Stanford, Kentucky entered into eternal rest on Sunday, December 6, 2020 at his residence. He was the husband of Barbara G. (Ingram) Gilbert whom he married on January 20, 1995. Billy was born on September 5, 1940 in the Walnut Flat community of Lincoln County to the late James “Jimmy” Gilbert and Daisy Mae (Weaver) Gilbert. He was a 1958 graduate of The Stanford High School and continued his education at the University of Kentucky. He was a life long farmer who learned the value of hard work while growing up on the family farm. Billy enjoyed competing in draft horse pulling competitions in many different states. Farm life cultivated a deep love for God’s creation, especially animals. His love of God and family was paramount to him, he leaves a legacy of devoted Christian faith after experiencing salvation and God’s amazing grace. He was a member of Watts Chapel Baptist Church. Bluegrass Stockyards invited him weekly to have their opening prayer. Billy was gifted in music which he passed on to his children and grandchildren.

In addition to his parents, Billy was preceded in death by two Brothers, Teddy & Dickie Gilbert.

In lieu of flowers, memorials can be sent to the Gideons International Bible Fund at P.O. Box 155 Stanford, Kentucky 40484 or to the Watts Chapel Baptist Church Building Fund.