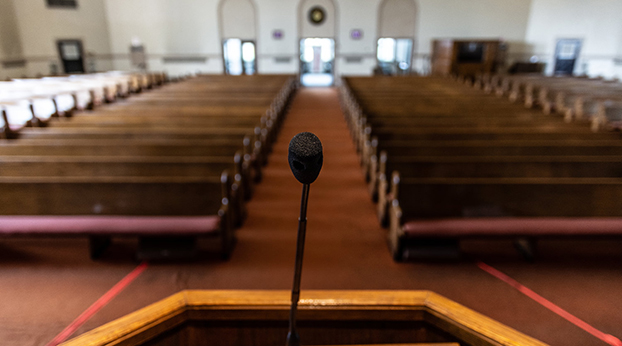 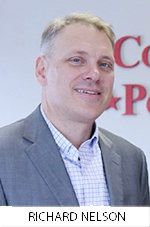 Governor Andy Beshear has once again drawn criticism for his response to the COVID-19 pandemic in the commonwealth. Recently the governor requested that churches voluntarily close for in-person services, yet allowed casino operations, liquor stores, and abortion clinics to remain open. The implication: churches are optional and of secondary importance to businesses. Of course, it wasn’t an order but rather a recommendation by Gov. Beshear, who’s likely still feeling the sting of a federal judge who overturned his outright ban on in-person church meetings just before Easter.

The church community has challenged Gov. Beshear’s executive order closing Christian schools and it is now before the U.S. Supreme Court. Based on the Court’s latest rulings, Kentucky’s private Christian schools stand a good chance of prevailing over what they see as a violation of their religious liberty. Kentucky Attorney General Daniel Cameron joined the lawsuit and said,

“What [Beshear] has done repeatedly is infringe upon the First Amendment free exercise of religion here in the commonwealth of Kentucky.”

Perhaps most troubling in these recent First Amendment skirmishes is the notion that churches are non-essential, optional, and of lesser importance than businesses that meet physical needs. That is not the case for believers. A biblical directive found in the book of Hebrews tells believers to not forsake “the assembling of ourselves together.” The early church met weekly, usually in homes, and sometimes in fear of authorities bent on persecution. It was essential for Christians to meet in person. And this very belief is protected by the Constitution.

“The local church has a mandate to gather for worship. And the local church has a ministry to be salt and light in the world. The church is essential because God has made it so,” Kentucky Baptist Convention Director Todd Gray said. Churches are essential to our communities, not just to help meet the physical needs of the poor and the needy in their communities with food banks, clothing closets, homeless shelters, adoption, and foster care agencies, and pregnancy care centers; they, more importantly, meet the needs of the souls for the poor in spirit. In a time of fear where an invisible disease threatens life and health, people need a place of refuge and hope. Zoom and Facebook Live have helped us stay in touch, but virtual connection through a screen cannot replace communal encouragement offered in weekly church gatherings.

Unfortunately, the government shutdowns have precipitated a mental health crisis like we’ve never experienced before. Depression, addiction, and domestic violence are increasing and in some communities spiraling out of control. The statistics from the latest Louisville Metro Police Department report are sobering: 566 non-fatal shootings in our largest city, doubling 2019 when there were 266 shootings; a record 151 murders, up from 78 last year; and there were 91 suicides in 2020, up from 81 last year.

The shut-down of particular businesses and entities was well-intended. Had Gov. Beshear considered the impact on mental health and social disruption, he might have taken a more surgical approach to fight the spread of COVID-19. He may have worked more closely with the Kentucky Baptist Convention, consisting of nearly 2400 churches, and found they were largely praying for his successful leadership in the pandemic while simultaneously praying that they’d have their religious freedom respected by the state. In hindsight, it’s becoming clearer what happens when the state dismisses the essential role of the church and the spiritual needs of community members are unmet.

Casino style venues like the one minutes from my home in Oak Grove might provide daily diversion and a thrill for some. No credible case can be made that any of Kentucky’s six casino gambling venues fill the relational community necessary for human flourishing. Keeping liquor stores open as an essential service makes available a bottle of Maker’s Mark that might numb the pain and ease a tough day. But it can hardly reach the deeper needs of the soul provided by trustworthy pastoral care, healthy community, and in-person support. Such inconsistent and ill-conceived policies have drawn the ire of many and threaten this governor’s credibility. The same has happened in other states.

In New York, Gov. Andrew Cuomo considered liquor stores and acupuncture as essential services. Churches and synagogues were not, leading several orthodox Jewish congregations to defy the order. U.S Supreme Court Justice Neil Gorsuch criticized New York Gov. Andrew Cuomo for treating churches as second class community members. “So, at least according to the governor, it may be unsafe to go to church, but it is always fine to pick up another bottle of wine, shop for a new bike, or spend the afternoon exploring your distal points and meridians,”

Gorsuch said in his Nov. 25 opinion. “Who knew public health would so perfectly align with secular convenience?”

Richard Nelson is the executive director of the Commonwealth Policy Center.