Boyle-Franklin matchup has some recent history 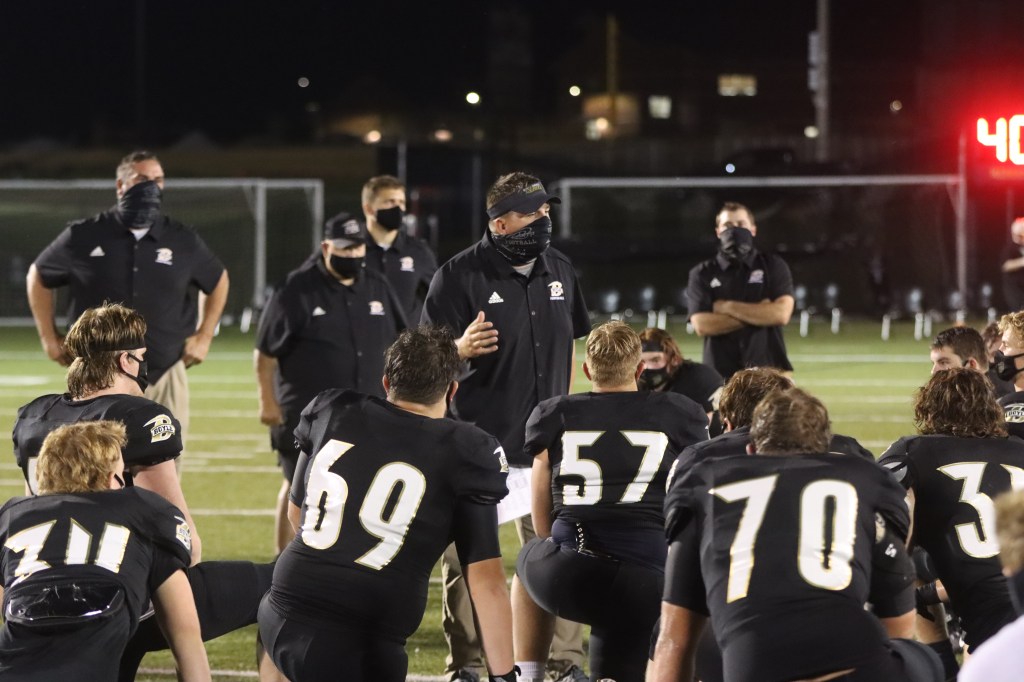 Boyle County made quick work of Franklin County the last time the two teams met on the football field.

The Rebels capitalized on three mistakes by the Flyers to score a pair of touchdowns in the first five minutes, setting the stage for a 50-7 victory in the 2018 Rebel Bowl at Boyle.

The Flyers’ fortunes were about to take a turn for the better, but on that hot Saturday night at Rebel Stadium they were outclassed by a Boyle team that had too many playmakers.

Franklin’s first possession ended with a blocked punt that was recovered in the end zone. A fumble in Boyle territory ended the Flyers’ next series, and a defensive error resulted in a 52-yard touchdown pass from Reed Lanter to Reese Smith that gave the Rebels a 14-0 lead.

The Flyers rallied with a second-quarter drive that culminated in an 8-yard touchdown run by Jessie Thurman, but they were unable to score again.

Boyle led 35-7 at halftime and reached the running clock threshold in the third quarter.

Lanter was 12 of 14 passing for 236 of the Rebels’ 331 offensive yards. Smith had four receptions for 122 yards, and Reiley Colwick had four catches for 46 yards. Landen Bartleson and Andrew Sacco each rushed for two touchdowns.

Nick Broyles completed 18 of 25 passes for 148 yards for Franklin, which had 233 yards in all. Fred Farrier had eight receptions for 41 yards. Thurman caught three passes for 66 yards and rushed for 52 yards.

It would be the second-largest margin of victory for Boyle in a season in which the Rebels won their first 13 games before losing to a Corbin team coached by current Boyle coach Justin Haddix in the Class 3A semifinals to end a 25-game winning streak.

It was the first of only two regular-season losses for Franklin, which reached double digits in wins for the first time in five years. The Flyers finished 10-3 after an overtime loss to Knox Central in the third round of the Class 4A playoffs.

Prior to that game, the most recent meeting between the teams was in the second round of the 2008 4A playoffs, when Boyle defeated Franklin 42-8.