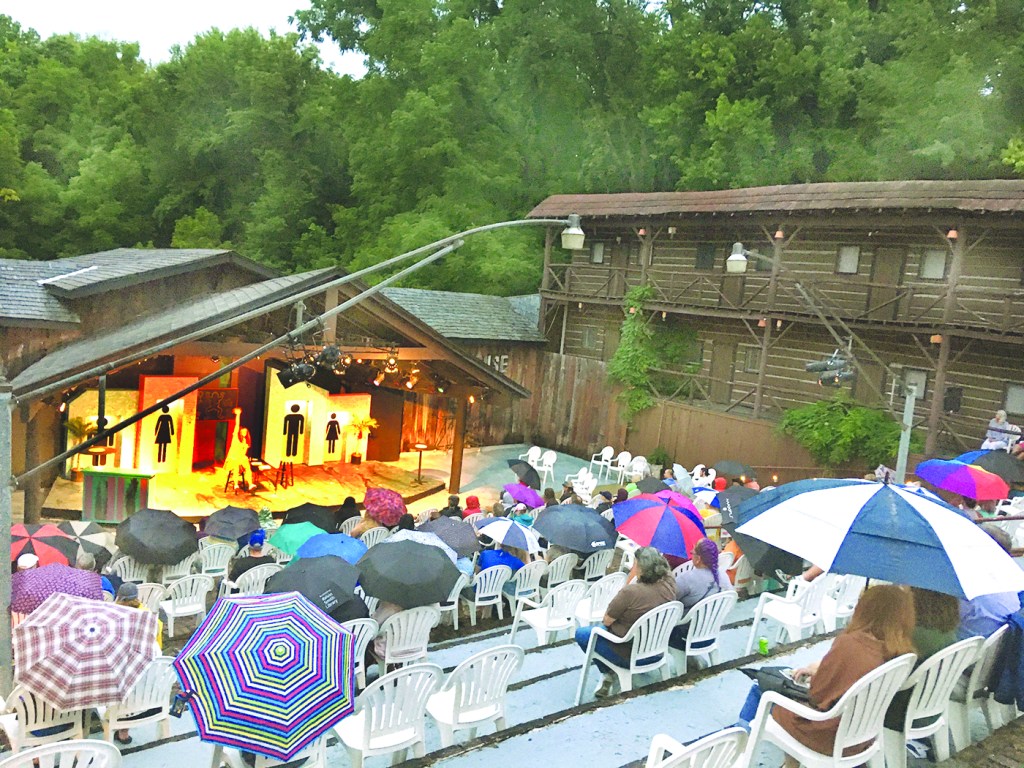 Pioneer Playhouse opened in 2020 for a limited audience. Photo submitted

“As we proved last summer, we are uniquely suited to keep patrons safe and entertained,” says Robby Henson, son of founder Eben Henson and artistic director of the historic landmark. “We are outdoors and under the stars, and our big amphitheater is the perfect venue if things are still uncertain with COVID-19 next year.”

Changing things up a bit, Pioneer Playhouse will offer three plays instead of the usual five in 2021 and will add a couple of music nights, along with its annual stand-up comedy weekend.

“Last summer, COVID-19 made us – along with the rest of the world — rethink things,” says managing director Heather Henson, sister to Robby. “We’ve kept the same format for a long time, and we thought it might be fun to shake things up a bit.” 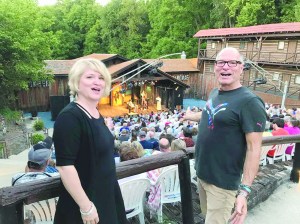 Heather and Robby hope to be back to some sort of normal theater for the 2021 season. Photo submitted

Kicking off the 72nd Pioneer Playhouse season will be Clue: On Stage (June 11 – July 3), a zany comedy murder mystery adapted from the hugely popular board game and cult movie classic of the same name.

“The stage version of Clue is new – it hasn’t been done in this region,” Robby Henson notes. “So, we know it’s going to be big. It’s a fun show – high energy, lots of doors slamming, lots of mistaken identities.  Exactly the kind of show our patrons love.”

“Everybody adores Clue,” adds Heather Henson. “And yes, the play features Colonel Mustard and Professor Plum and Miss Scarlett – all your favorite oddballs!”

The second play in the summer line-up will be Southern Fried Funeral (July 6-July 24), a feel-good comedy by the playwriting team of Osborne and Eppler about a quirky southern family coming together for their patriarch’s funeral.

Third on the roster will be Jeeves in Bloom (July 27-Aug. 7), a delightfully silly British comedy adapted by Margaret Raether from the classic stories of PG Wodehouse about a ne’er do well Englishman and his unflappable butler who always saves the day.

Joe Deuce, a Pioneer Playhouse favorite who’s opened for Etta May and Lee Cruse, will be the headliner for the special comedy weekend this year (Aug. 13 and 14) And two music nights have been added to the mix.

On Aug. 20, PowerPlay, a locally known rock and soul band, playing tunes from the ’60s and ’70s will take the legendary stage, and on Aug. 21, Elvis Tribute Artist Barry Lockard, who starred in the “Kentucky Voices” original Breaking Up With Elvis will present a special homage to “the King.” 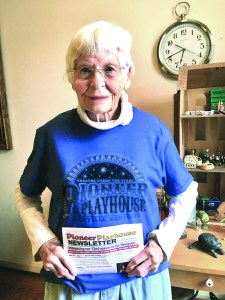 “Last year we had a terrific season despite Covid-19,” says Robby Henson. “We are committed to staying safe and also doing what we’ve done for over seven decades – providing a unique theatre experience right here in the Bluegrass.”