See them play on Saturday! – These Rebels could have college football in their future 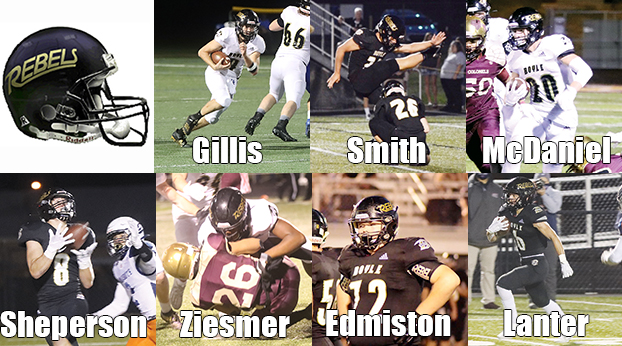 Boyle County has long been a destination for college recruiters, looking to stock their rosters with talent, and those recruiters have come calling on several Rebels again this season.

Four seniors and a total of six players on the Boyle team that will play Franklin County for the Class 4A championship Friday in Lexington have offers from Division I schools, and a number of other players are sure to have a future in college football.

No Boyle player has committed or signed yet, and more offers will likely be forthcoming following the season.

Here’s a look at some of the Rebels who have received college offers: 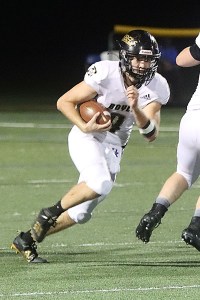 Jagger Gillis, QB-FS
Gillis thrived as the field general for Boyle after transferring from Anderson County for his senior season with his ability to throw and run and to make smart decisions in the heat of the moment.
The 6-3, 205-pound senior has completed 107 of 152 passes (70.4 percent) for 1,869 yards with 24 touchdowns and only one interception, and he is the Rebels’ second-leading rusher with 330 yards and 11 touchdowns. He also has been effective in a part-time role on defense, where he has 13 tackles at free safety.
Gillis has been offered by Eastern Kentucky, Division III Hanover and Campbellsville and Thomas More of the NAIA. 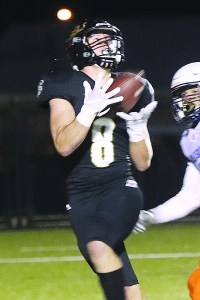 Luke Sheperson, WR-LB
Sheperson, Boyle’s second-leading receiver and co-leader in tackles, is one of the Rebels’ best deep threats in part because of his size and his ability to outjump defensive backs. He has the agility to get to quarterbacks or to make plays in the open field.
The 6-1, 185-pound senior has caught 24 passes for 576 yards and seven touchdowns. He also has 43 tackles, including six tackles for loss and four sacks, and has returned one interception for a TD.
Sheperson has an offer from Eastern Kentucky as well as offers from Division III schools Centre, Hanover and Mount St. Joseph and from Campbellsville. 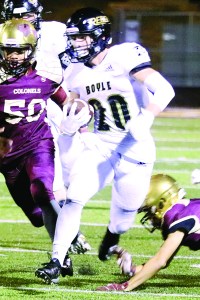 Will McDaniel, RB-SS
McDaniel has been both a durable ball-carrier and an effective defender for Boyle. He has led the team in rushing and has been among its top tacklers in each of the past two seasons.
The 5-11, 185-pound senior has 1,023 rushing yards and 19 touchdowns on 153 attempts, and he has caught 21 passes for 293 yards and three TDs. On the other side of the ball, he has 25 tackles and four tackles for loss.
McDaniel has offers from Valparaiso, Hanover, Mount St. Joseph, Campbellsville and Division III Wabash. 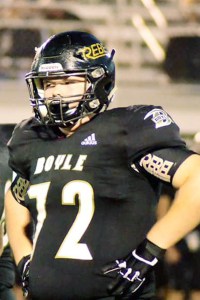 Caleb Edmiston, OT
The largest of Boyle’s offensive linemen, Edmiston has been a stalwart at left guard this season.
The 6-3, 300-pound senior has been offered by Eastern Kentucky, Centre and Campbellsville, as well as Lindsey Wilson of the NAIA.
Paul Brown, G
Brown has been adept at opening running lanes and protecting the passer from his right guard position.
The 6-0, 235-pound senior has offers from Thomas More, Campbellsville, and Lindsey Wilson. 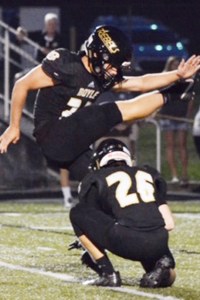 Jackson Smith, K-P
Smith, a junior, is considered one of the top kickers in Kentucky in the class of 2022. He has made 88 of 90 extra-point attempts and 8 of 8 field-goal attempts this season. His kickoffs frequently land in the end zone, and he also punts for Boyle.
The 5-11, 175-pound Smith received offers from Kentucky, where his father Andy was a first-team all-Southeastern Conference punter in 1999, and Eastern Kentucky. 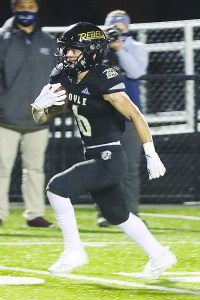 Cole Lanter, WR-CB
Lanter, a junior, leads a talented Boyle receiving corps with his speed and ability to turn both short and long passes into big plays. He has 34 catches for 593 yards and nine touchdowns — he leads the team in all three categories. He also has 18 rushing attempts for 167 yards and two TDs.
The 5-11, 155-pound Lanter has drawn interest from Penn, which does not offer athletic scholarships, and is sure to have more offers in the coming year. 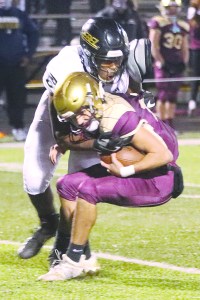 Tommy Ziesmer, DE
Ziesmer, a sophomore, might well be the best major college prospect on the Boyle roster. With the speed to get to quarterbacks and running backs and the strength and agility to fight through double-teams, Ziesmer had six D-I offers before his sophomore season began.
The 6-2, 250-pound Ziesmer leads the Rebels in tackles for loss with 13 in eight games, and he ranks third in sacks with six and fourth in tackles with 40.
Ziesmer’s D-I offers are from Kentucky, Louisville, Tennessee, West Virginia, Western Kentucky, and Eastern Kentucky.