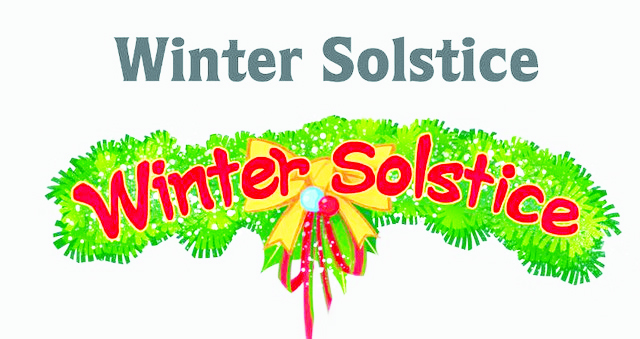 Winter solstice is a special day to many people who celebrate the December holidays. The nature-based holiday also is known as yule.

Winter officially begins Dec. 21 in Danville this year and is the shortest day of 2020, according to Wikipedia. Celebrations usually are religious and non-Christian depending on the person.

Winter solstice occurs on Dec. 21 in the northern hemisphere when the sun reaches the lowest apex and night is the longest of the year.

The shortest and darkest day of the year also means the sun’s steady climb toward the long, warm days of summer.

This year solstice will have an extra sparkle when Jupiter and Saturn appears closer to each other on Dec. 21 than they have since the Middle Ages.

If you watch the southwestern horizon at the right time, the two giants will look like neighboring points of light. On clear nights, the combine light from the two planets will be bright during the last 10 days of December.

The tradition of celebrating winter solstice dates back thousands of years as early as the last part of the stone age, beginning about 10,200 BC.

Winter solstice is a time of darkness and cold. The coming of the light on the new day was a reason to celebrate that cycle was continuing. The celebration is a sign of lighter days coming.

Many celebrations include lighting a candle, and begin writing a list things you want to let go, then sit in darkness for a few minutes and think of the things on the list, then burn the paper which brings warmth and the light of the sun.

Clear the air by tossing sage into a fire to wipe out beliefs you don’t want, clear negative things from your thoughts and home. End by listing new things you want for the coming year.

Some people take walks in a park or woods to take in the winter.

Dr. Henry Meier, associated with Centre College, wrote an article for The Advocate in December 1921 about the winter solstice in Danville.

“Sun time changes from day to day, due to the irregular motion of the earth through space.

“Sun time has the advantage that the time can fairly close determined whenever the sun shines, and the Kentucky mountaineer, who stated before court, that at his place they used sun time to preference to railroad time, because they were nearer to the sun than the railroad, voiced considerable truth.”

(Editor’s note: Information was taken from an article in The Advocate Messenger in December 1921; and an article by Nikki Eisinger of Montana.)

Rankin will be remembered for his community work