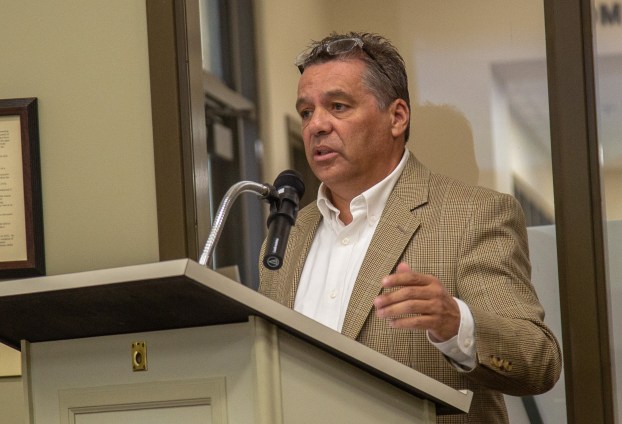 Public hearings concerning requests to amend the Future Land Use Map on Ky. 33 so that a developer can build a retail store and zoning distillery property on Ky. 52, and have been postponed from Dec. 22 until January 27, 2021. The postponement is due to an expected large crowd who want to participate in the hearings said Planning and Zoning Director Steve Hunter, and current COVID-19 restrictions ban large public gatherings.

The hearings, filed in November for this month’s Planning and Zoning meeting, have been rescheduled for Jan. 27, “assuming we can get people in the room,” Hunter said. “Two cases have the potential to have fairly good turnouts of people.”

The agenda will include Kentucky Lodging and Development Co. Inc. and the Peggy Y. Caldwell Irrevocable Trust who have filed a Future Land Use Map (FLUM) amendment from Low Density Residential to Mixed Use Residential for property on Shakertown Road.

Hunter said the developers want to build a Dollar General Store on the five-acre tract located right next to the WHIR radio station and possibly a small residential area behind it that could tie into the back of Streamland subdivision.

“This is the last piece of property in the city limits before we’re actually in the county … it’s right before the roundabout.”

Hunter said the developers chose to get the FLUM amended before requesting a zone change for the project. “The developers have to show that this FLUM is amendable based on their ability to prove what they’re proposing is compatible for the area.” He added that the radio station and Danville Christian Academy, right across the highway, are zoned commercial.

His office has already received numerous calls complaining that a dollar store wants to build at that location. He added, “We’re not here to debate the merits of a dollar store. We’re here to debate whether or not a retail establishment is appropriate for that five-acre tract.

Also on the agenda will be LMD Holdings LLC, on behalf of Luca Mariano distillery, who has filed an application to rezone property on a 30.76-acre tract on Lancaster Road from Agriculture and Highway Business to Light Industrial.

Hunter said LMD Holdings originally filed a zone change last year for the nearly 300-acre tract, but it’s been tabled for several months because the developer didn’t have a concept plan.

The company is now requesting just a fraction of the tract be rezoned for its distillery, bottling facility, and rick houses. Hunter explained.

“We’ve had two big hearings already, but they were tabled. The property is really big and goes all the way to Main Street. But now they want to zone just 30 acres to light industrial.”

He said this project will be located in the curve, right across from The Allen Company property.

The distillery and the rest of the property “Also ties in with the new east side Danville bypass and the Ky. 52 construction project being looked at by the state.

Hunter said the property owner still “has plans for the farm” that could eventually be the location for a retail visitors center and residential units. But for now, “It’s a scaled-down zone change for sure.”

Time and place for the public hearings will be published when available.